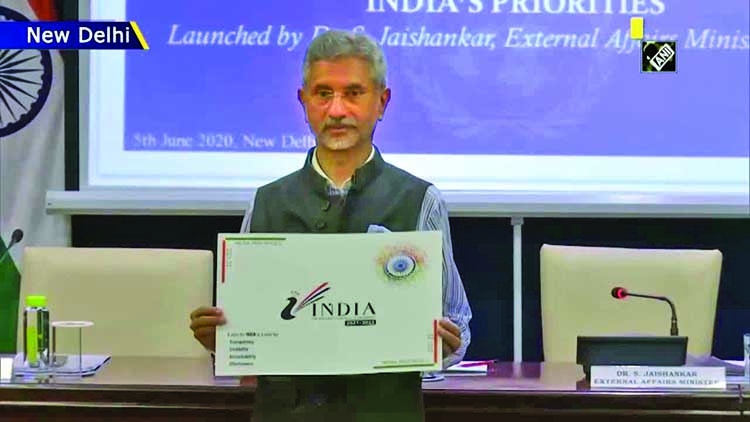 India's External Affairs Minister Dr S Jaishankar launched a brochure on Friday outlining India's priorities for its forthcoming campaign to secure an elected seat on the UN Security Council at elections slated for June 17, 2020.
As a single endorsed candidate of the Asia-Pacific Group, India's candidature is very likely to succeed. In this case, this would be India's eighth term on the UN Security Council; this two-year tenure will start in January 2021.
In his remarks, EAM referred to the international context that the Security Council will confront, with regard to both new and continuing traditional challenges to international peace and security. The ongoing COVID-19 pandemic has further contributed to a more complex international economic and political environment, including by limiting the capacity of States to respond to local, regional and global challenges.
Dr Jaishankar emphasized India's long-standing role as a voice of moderation, an advocate of dialogue,and a proponent of international law. He set out India's principled approach to international relations, which India's foreign policy establishment would bring to the table at the UN Security Council once India is elected to a two-year term on the Council.
The Priorities Paper, issued as a brochure by the Minister, set out the key priorites for India, as under: I. New Opportunities for progress, ii. An Effective response to international terrorism, iii. Reforming the multilateral system, iv. A comprehensive approach to international peace and security, v. Promoting technology with a human touch as a driver of solutions.
India's approach will be guided by "Five S's", as set out by the Prime Minister: o Samman (Respect), o Samvad (Dialogue), o Sahyog (Cooperation), and o Shanti (Peace), to create conditions for universal o Samriddhi (Prosperity)
India's overall objective during this tenure in the UN Security Council will be the achievement of N.O.R.M.S: a New Orientation for a Reformed Multilateral System.Link to the brochure on India at UNSC: 2021-22 - India's Priorities at http://mymea.in/exf