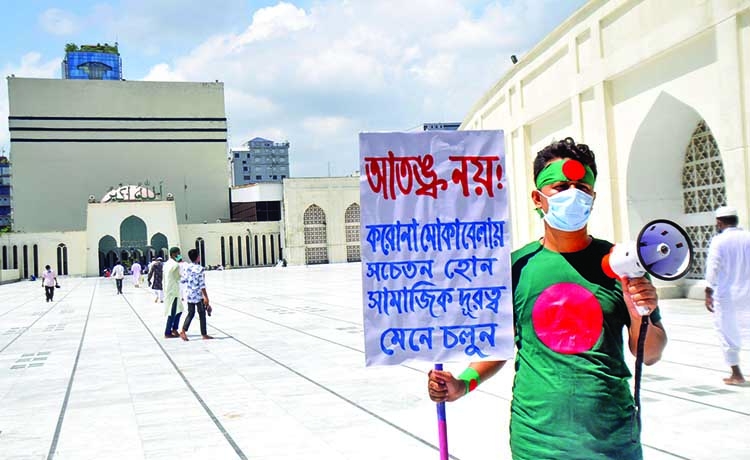 Meanwhile, the pathogen has killed 30 more people in Bangladesh and infected 2,828 individuals. With the update, the total body count now stands at 811 and infections have reached 60,391.Professor Nasima Sultana said, ''As many as 14,088 samples were tested in 50 authorized labs throughout the country and of them 2,828 were found to be coronavirus positive.''

Of the fresh deceased, 23 were male and seven female, she said adding that 11 were from Dhaka division, 12 from Chattogram, three from Sylhet, two from Rajshahi, one from Barishal and another was from Rangpur division.A total of 643 more patients have made recoveries since Thursday surging the total to 12,804, added Professor Nasima.
Bangladesh reported its first case of the virus on March 8, with the first death being recorded on March 18. The killer virus, which broke out in the Chinese city of Wuhan in December last year, has so far killed at least 394,300 people across the globe. It has infected more than 6,747,000 people in 213 countries and territories.
The US is the worst-hit country with at least 110,300 deaths and more than 1,927,000 infections. Brazil has the second highest number of infections with 618,000 cases. The country has so far counted at least 34,000 deaths.
The UK has recorded at least 40,200 deaths, the highest in Europe, followed by Italy with at least 33,600 casualties. France has lost at least 29,000 people followed by Spain with at least 27,100 casualties. Belgium has so far reported more than 9,500 deaths, followed by Germany with no fewer than 8,700 deaths while Iran has counted at least 8,100 casualties.
Canada has lost at least 7,600 citizens followed by the Netherlands with at least 6,000 casualties. China, the epicenter of the virus, has so far recoded as many as 4,600 deaths. India has counted at least 6,400 deaths with more than 233,000 infections.
Pakistan has so far reported 1,800 deaths and no fewer than 89,000 infections. Sri Lanka has reported only 11 deaths and 1,800 infections.The World Health Organization (WHO) has declared the COVID-19 a pandemic. The outbreak of the virus has brought almost the entire world to an impasse. 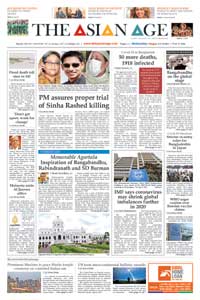