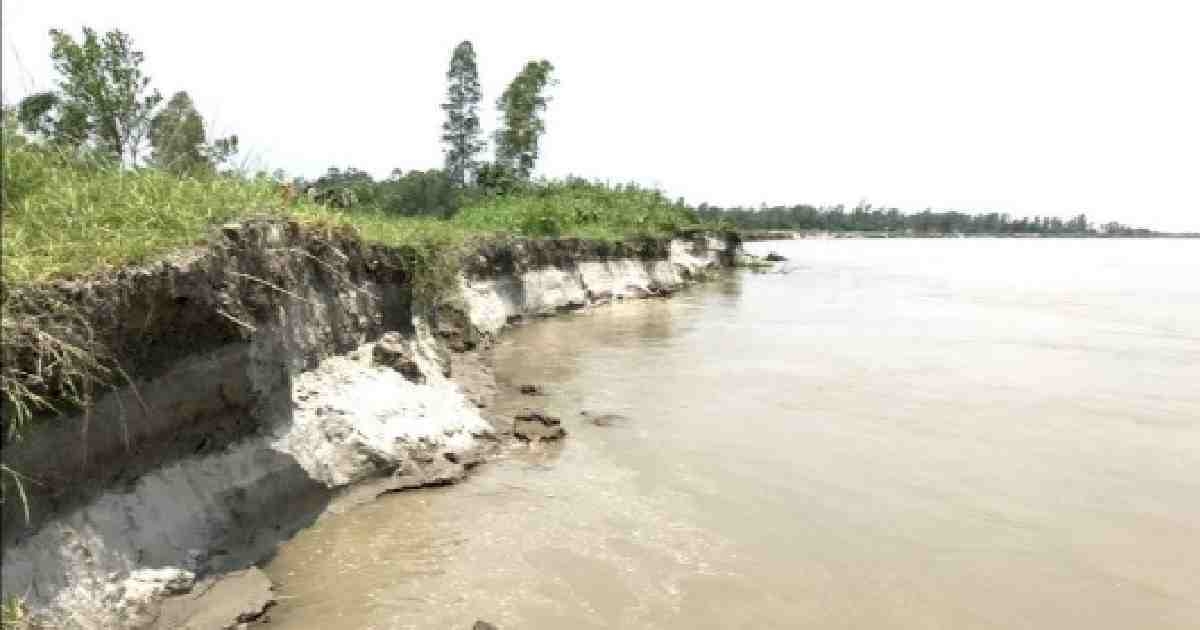 Over 200 houses and other establishments went into the gorge of the Jamuna River in the last few days until Saturday as untimely river banks erosion has taken a serious turn in Shahjadpur upazila of the district.
Besides, around 15,000 people are passing days in fear of losing their homesteads amid coronavirus pandemic.
According to the locals, more than 200 houses, crops and plants have already been washed away by the river.
Last year more than 400 houses, various educational institutions, a medical center, two Eidgah grounds, 50 handloom factories, 400 bighas of arable land, 3 km of kutcha roads, a graveyard, a cremation ground, a temple and many plants were washed away by the river.
The erosion-affected villages include Brahmangram, Arkandi, Baikhola, Ghatabari, Veka, Jalalpur, Chilapara and Hat Pachil, Ghatabari, Kuthipara and Pakurtala.
Local people said fear of river erosion  gripped them more than coronavirus.
They said erosion causes havoc during monsoon each year in absence of any permanent solution to the problem.
For the last four years they have been demanding construction of an embankment but yet to get any solution, they said.
Shahjadpur upazila nirbahi officer Shah Md Shamsuzzoha said the Water Development Board has been informed about the problem. Besides,  a list is being prepared to give relief to the families affected by the erosion, he said adding that aare being made to rehabilitate  the victims on government land.
AKM Rafiqul Islam, sub-divisional engineer of the Sirajganj Water Development Board, said a project has been taken at a cost of around Tk 700 crore to prevent  the river banks erosion in Shahjadpur upazila. The projects work include river banks protection dam construction, char dredging in 8.5km area from Brahmangram to Hatpachil, he said.
The work will start as soon as the project gets Ecnec approval, said the engineer adding that necessary steps are now being taken to prevent the erosion.