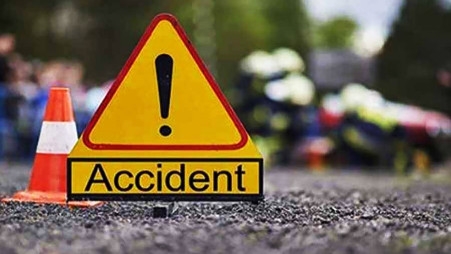 Two pedestrian were killed after being hit by a pick-up van in in Khamar Kandi area of the district town on Saturday morning.
The deceased were identified as Dewar Hossain, 45, son of late Aftab Hossain and Dulal Hossain, 40, son of late Afsar Ali of the area.
Read Also: 7,855 killed in road crashes in 2019: Jatri Kalyan Samity
Rezaul Karim, inspector (investigation) of Bogura Sadar Police Station, said the  vehicle hit the duo around 7 am while they were sitting beside the road, leaving them dead on the spot.
Police seized the vehicle but the driver and his helper managed to flee the scene.