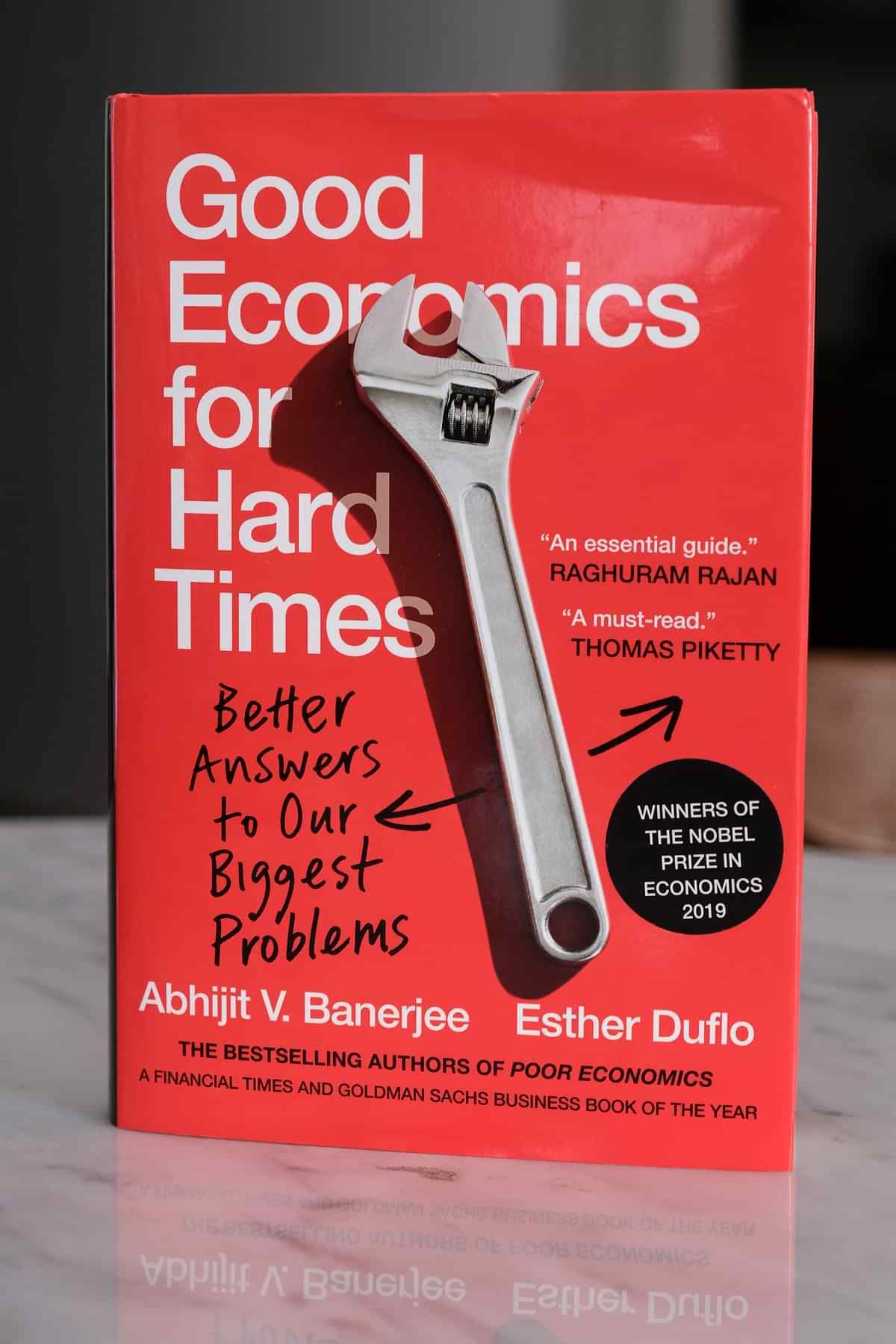 - Tanjil Hossain
Nobel laureate Economists, Avijit Binayak Banergee and Ester Duflo wrote a book entitled ”Good Economics at Hard Times " which published in 2019. This book discuss about core economic issues such as immigration, trade growth  inequality and environment . /  This includes very important International issues of economics such as migration,  international  trade,  inequality,  modern  technology,  growth and climate change .  They discuss that high skill labor migrate more.  Moreover,  they explained  conventional trade theory and trade war between USA and China.
In this book  writer express that about 65% American  economist said that imposition  of tariff on Chinese steel and aluminium would not  bring  welfare. This leads to trade war  between china and USA.  They conducted  study where some people think that imposition of  tariff  on Chinese  steel  and aluminium will benefit home producer.  They explains traditional  theory of international  trade  and applied this trade theory  in the trade war  between USA and China .
In this book,  they discussed about trade war  between between USA and China.  This war started  following  the new tariff on Chinese steel  and aluminium.  President  Trump  impose higher tariff to encounter  producers.  About two century ago,  The English  Economist and member of Parliament David Ricardo explained that free trade is beneficial.
It discusses traditional  trade theories  of Economics  and in the light  of trade theories they explain recent international trade war between USA and China.
Immigration is very important issue in development  economics.  This book shows that migration does not affect local people wage and employment. Here traditional demand  and supply model does not work in migration.
In the opinion of the authors the traditional trade theories absolute advantage, Comparative advance, Samuelson Stopler theories they explain the recent trade war between USA and China .
This book  also explains about the artificial intelligence such as robot is contributing to reduce employment Opportunity in the world. An increasing number of economists  are concern about the new technology,  artificial intelligence, robot, automation.  This will destroy job opportunity.  Labor pessimists imagine that future growth will be driven by the replacement of human workers by robot.
Environment is also a burning issue in the world.  They show that scientific concession that climate is occurring due to human activity.  It is necessary to reduce carbon emission to avoid catastrophe. The developed countries produce the lions share of carbon emission where the sufferers are the most of the poor countries.
There is a strong  relationship between economic growth and climate change. As income increases carbon emission will increase.  The rich countries should be responsible for climate change.  Writers also suggest to introduce Wealth tax to reduce  inequality.
There is a discussion about the debate of social policy.  There are some people who argue for giving some cash money to the people  who are out of market.
Universal Basic Income (UBI)  is very important social policy in which the government paying everyone a substantial guaranteed basic income.  It is offered by French political leader, American leader and even in India.  But UBI program require huge amount of money. To satisfy the shortage of money transfer would be lower as people got richer and would be zero above a certain income.
They show that food subsidy was introduced in India,  Egypt and Indonesia. Data show that transportation and storage of food grains cause 30 percent more cost.  So, cash transfer to the poor is suggested by someone. But, people prefer food to cash transfer.
In 2014. About 119 developing countries  had implemented some kind of unconditional cash assistance program and 52 countries had conditional cash transfer program for poor households.  About one billion people of developing countries participated in at least one of this. From this it is experienced that the poor blow the money on desires rather than need.
Good Economics for Hard Times, Author: Avijit Binayak Banergee and Ester Duflo
The writer is a freelancer