The World Health Organization decided Wednesday to halt trials of hydroxychloroquine as a potential treatment for hospitalised COVID-19 patients, finding it did not reduce the mortality rate.
A decades-old malaria and rheumatoid arthritis drug, hydroxychloroquine has been at the centre of political and scientific controversy.
It has been touted as a possible treatment for the new coronavirus by high profile figures, including US President Donald Trump.
The drug has been included in several randomised clinical trials — considered the gold standard for clinical investigation — but the WHO said the evidence had led the UN health agency to call time on its own trials.
Doctor Ana Maria Henao Restrepo, from the WHO’s health emergencies programme, told a virtual press conference in Geneva that it was being withdrawn from its multi-country Solidarity Trial of a range of potential treatments.
“The internal evidence from the Solidarity/Discovery Trial, the external evidence from the Recovery Trial and the combined evidence from these large randomised trials, brought together, suggest that hydroxychloroquine — when compared with the standard of care in the treatment of hospitalised COVID-19 patients — does not result in the reduction of the mortality of those patients,” she said.
“Based on this analysis and on the review of the published evidence, the Executive Group of the Solidarity/Recovery Trial has met on two occasions and today we met with all the principal investigators.
“After deliberation, they have concluded that the hydroxychloroquine arm will be stopped from the Solidarity Trial.”
– British trial results –
Henao Restrepo said it was not a WHO policy recommendation and the decision to stop testing it on COVID-19 hospital patients did not apply to the use or the evaluation of the drug as a potential preventative measure against the virus.
Earlier this month, the Recovery Trial — a major trial run by the University of Oxford — found hydroxychloroquine had “no benefit” for patients hospitalised with COVID-19.
The British trial, the biggest so far to come forward with findings, said it would stop recruiting patients to be given hydroxychloroquine “with immediate effect”.
“Our conclusion is that this treatment does not reduce the risk of dying from COVID among hospital patients,” said Martin Landray, an Oxford professor of medicine and epidemiology who co-leads the study.
The randomised clinical trial has recruited a total of 11,000 patients from 175 hospitals in the UK to test a range of potential treatments.
The WHO announcement came after the United States on Monday withdrew emergency use authorisations for hydroxychloroquine and chloroquine — both favoured by Trump to treat the new coronavirus.
– Solidarity Trial –
The WHO’s Solidarity Trial is testing a series of drugs in a bid to pinpoint which are the most effective against the new coronavirus, in coordinated, randomised trials spanning several countries.
It aims to discover rapidly whether any of the drugs being tested slow disease progression or improve survival. Other drugs could be added in, based on emerging evidence.
As of June 3, more than 3,500 patients have been recruited in 35 countries, with more than 400 hospitals actively recruiting patients.
On May 25, the WHO announced it had temporarily suspended trials of hydroxychloroquine to conduct a safety review.
The decision to pause came after a study published in The Lancet medical journal suggesting the drug could increase the risk of death among COVID-19 patients.
The Lancet corrected part of the data, but the study’s researchers stood by their conclusions.
By early June, the WHO concluded there was “no reason” to change the way its trials were being conducted and resumed hydroxychloroquine testing. 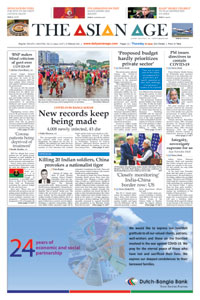