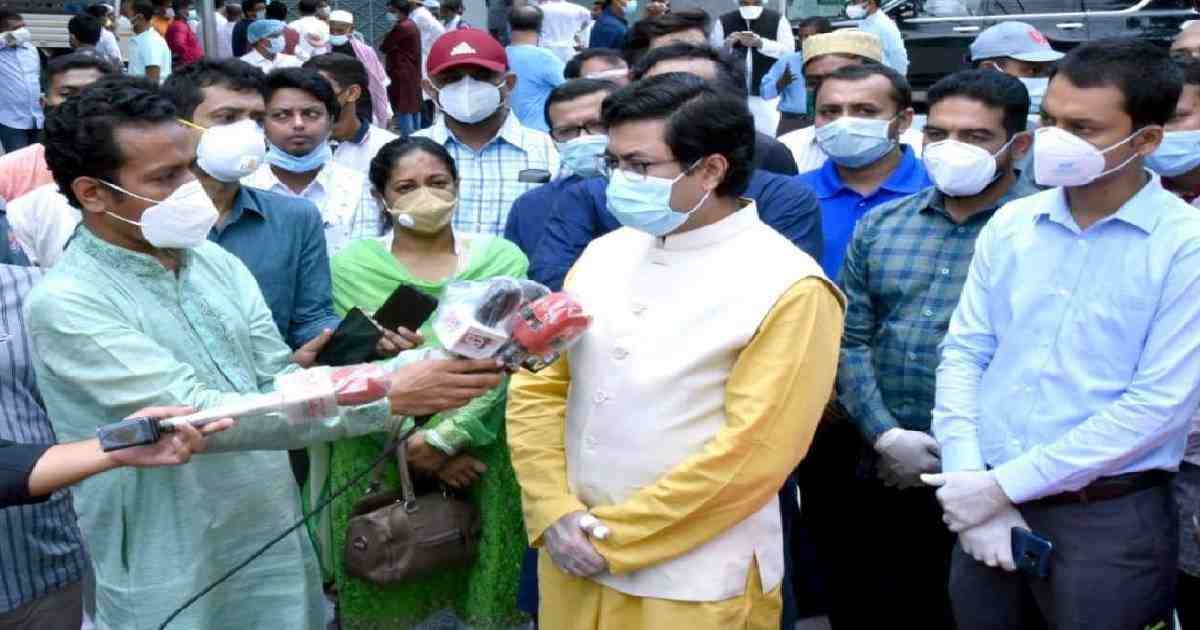 Dhaka South City Corporation (DSCC) Mayor Sheikh Fazle Noor Taposh on Tuesday said the city corporation is ready to implement the decision of area-based lockdown within 48 to 72 hours of announcement.
“We’re prepared and waiting for the decision over area-based lockdown now,” he said.
He said this after paying tribute to Bangabandhu by placing a wreath at the portrait of Father of the Nation Bangabandhu Sheikh Mujibur Rahman at Dhanmondi Road no-32.
“As soon as the Cabinet Division issued the gazette over area-based lockdown, we started preparations and held a meeting of the central implementation committee,” he said.
In an effort to prevent the transmission of coronavirus and to improve the situation, the government has announced general holidays in red zones (areas with most infections) across the country.
General holidays were announced in some parts of Chattogram, Bogura, Moulvibazar, Chuadanga, Jashore, Madaripur, Narayanganj, Habiganj, Munshiganj, Cumilla, Faridpur, Manikganj, Brahmanbaria, Narsingdi and Kushtia districts.
People will have to maintain health issues when going out for emergency work or they would face legal action.