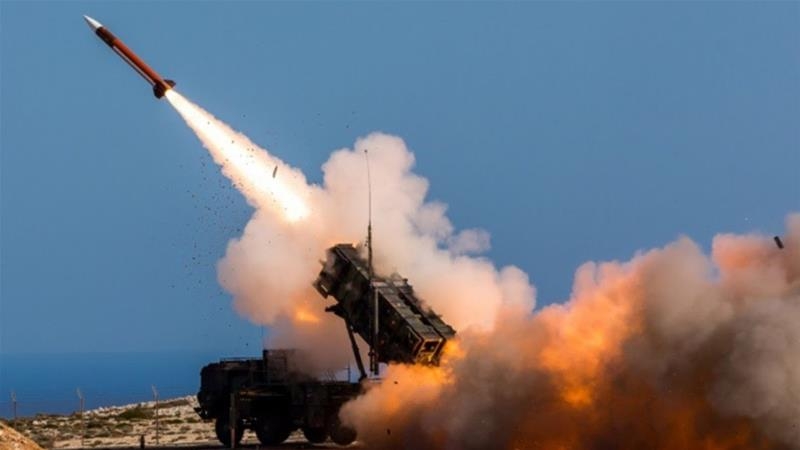 The Saudi-led military coalition said on Tuesday it had intercepted and destroyed drones and missiles launched against the kingdom by Huthi rebels in Yemen, including one fired towards the capital Riyadh.
The Iran-backed Huthis said they would announce details of a "major attack" on Saudi Arabia, amid ongoing fighting in Yemen where the rebels took control of the northern province of Al-Jawf earlier this year.
"The joint coalition forces managed... to intercept and destroy a ballistic missile launched by the terrorist Huthi militia from Sanaa towards Riyadh in a deliberate hostile operation," coalition spokesman Turki al-Maliki said on state media.
The coalition said it had intercepted "eight booby-trapped unmanned aircraft to target civilian objects and civilians in the kingdom" as well as "three ballistic missiles from Saada governorate towards the kingdom."
Saudi Arabia was targeted with dozens of attacks using ballistic missiles or drones last year, including a devastating strike on oil giant Aramco's facilities which temporarily knocked out half the kingdom's crude output.
The attack was claimed by the Huthis, but the United States said it involved cruise missiles from Iran.
Yemen has been locked in conflict since 2014 when the Huthis took control of the capital Sanaa and went on to seize much of the north.
The crisis escalated when a Saudi-led military coalition intervened to support the internationally recognised government.
Tens of thousands of people, mostly civilians, have been killed and millions displaced in what the United Nations has called the world's worst humanitarian disaster. - AFP