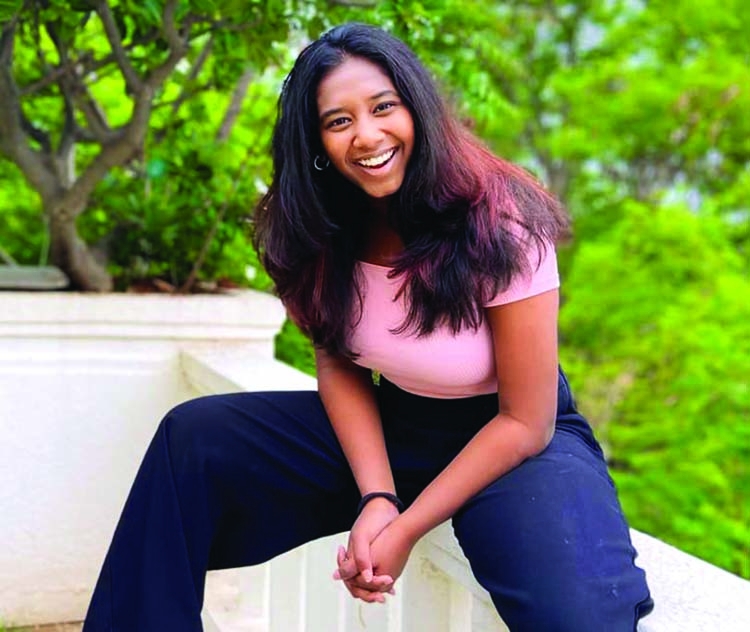 "As a child, I used to hate going to school- in the 2nd grade, I vividly remember being made to stand in the last row even though I was one of the shortest kids in class. Even my classmates would call me an untouchable because of my skin color- I'd cry and feel left out.
It was a relief when my mother enrolled mein a Badminton summer camp- I would look forward to playing badminton more than attending classes. Within a few months, I fell in love with the sport and started training hard. I was sure that I wanted to be a professional player.
In spite of the fierce on court competition, I was keen on bonding with my co-players. But one day, a popular kid commented, 'Hey, don't go out at night, we won't be able to see you,' and everybody joined him. I was used to people addressing me as 'kaali' or 'blackie'.
Still, I tried really hard to blend in but nobody wanted to sit with me or include me in their group. After my practice sessions, I would come back home and wash my face over and over, hoping to get rid of my dark skin. I even tried a bunch of fairness creams, but nothing worked.
All this while, the only thing that remained constant, is my passion for the sport. At 17, I won the National tournaments and ranked India No.1! In 2017, I even represented India Internationally and the accolades poured in. But even then my only thought was- 'Do I really need to win trophies to be accepted for who I am?'
Even when I tried my luck with modeling, my insecurities took over. Once, a friend's mother looked at my photos and thought she was complimenting me when she said, 'You are the definition of black beauty.' It was unintentional, but it hit me hard. It made me realize that I'm never going to be enough- and I didn't need to be.
Humans of Bombay, Fb