Heme coming in as 'Nondini' 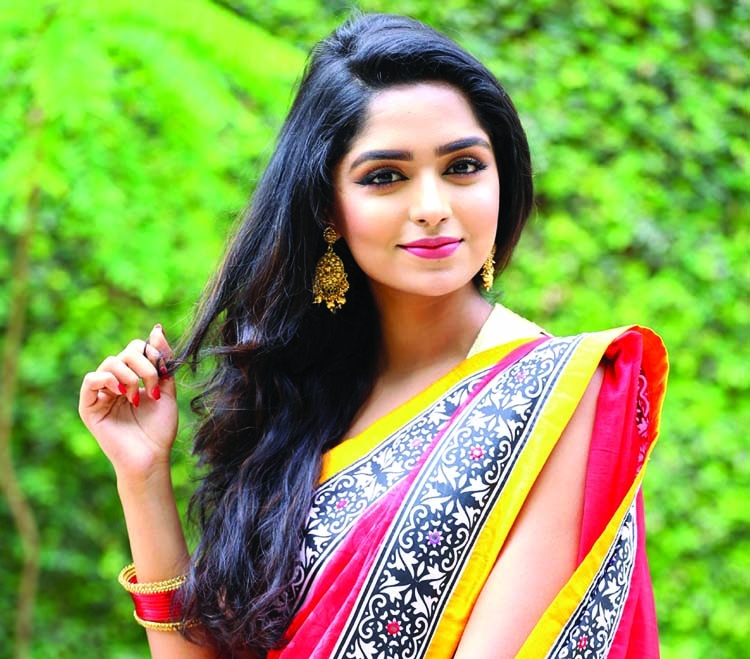 Jannatul Sumaiya Heme would start shooting of Shyam Benegal's film based on biopic of "Bangabandhu Sheikh Mujibur Rahman"but it did not start due to Corona virus. Heme got the opportunity to play the role of Prime Minister Sheikh Hasina in the film. Shooting of the film was scheduled to start on March 17. But due to coronavirus it becomes uncertain.
According to Heme, to get the opportunity to act in this film is her great achievement in her life. Her full family was delighted in this regard. Recently she played in the title role of a play 'Nondini'. Farhand Faisal has made the play. Shajal acted against her in this play.
While talking about acting in the play Heme said, "Basically story of the play revolves with the character Nondini who had an affair with Shajal. Once Nondini got married with another person but she did not become happy.
Then she returned to her old boyfriend but time changed. I have liked story and role in the play. So, I tried my level best to portray my role. This play will be aired in any TV channel soon."
Meanwhile, two days ago, Heme acted in a social awareness creating documentary under TaherShipon's direction. She acted in this documentary to create awareness about early marriage of women and their going to health service centers at union level. She played the role of Aleya in this documentary.
Heme also informed that few years ago, she first acted under Taher Shipon direction in play Char Konnyar Golpo. She last acted on BTV in play Tomar Noditi where ShirinAlam and Sajjad Reza were her co-actors. "I have started shooting of MuradParvez's new serial Smritir Alpona Anki where I am acting in role of Alpona," Heme also said.
In 2014, Heme became champion of a reality show. ReshmiMitra's 'HothatDekha' was her acted first film. Her birthday is October 4. She is happy because after her father has returned to country after eight years, she added.