'Freedom of expression, free flow of info under threat' 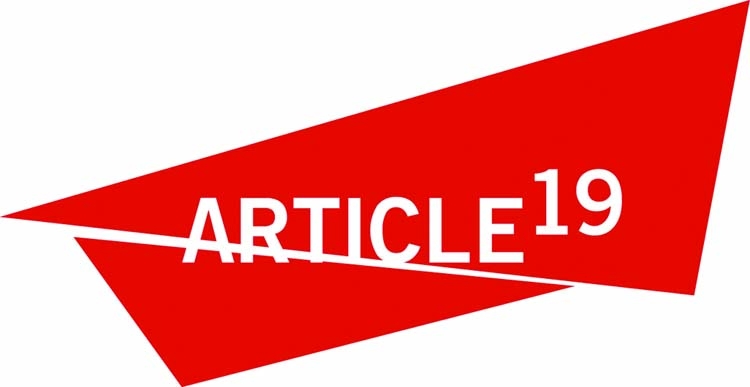 Expressing deep concerns over the arrest of students and university teachers for Facebook posts allegedly demeaning Late Awami League leader Mohammad Nasim and summoning journalists by police authority after the publication of a report on the illegal activity of a senior cop, ARTICLE 19, an UK based international human rights organization, has observed that right to freedom of expression and free flow of information is under threat.
There have been persistent attacks, threats and intimidation and lawsuits against various classes and professions across the country, especially writers and journalists, over reports of corruption, irregularities and simply expression through news, cartoons, photographs and social media amid COVID-19, said a press release sent by the organization to media on Tuesday.
Faruq Faisel, Regional Director for Bangladesh and South Asia of ARTICLE 19 said, "Responses to the COVID-19 outbreak should reflect international human rights guarantees, including those relating to the right to freedom of expression and information.  Instead of protecting journalists, whistleblowers and human rights defenders Bangladesh government continuously harasses and prosecutes them."
"The government has taken advantage of the COVID-19 pandemic to ramp up its attack on civic freedoms. Using the notorious Digital Security Act (DSA), 2018 to suppress reporting or public discourse not only infringes human rights, but also impedes Bangladesh's endeavor to combat the crisis.
Only transparency and accountability of the actions, free flow of information, citizen's engagement and commitment to uphold human rights are the key to successfully tackle this pandemic," he added.According to media reports, Sirajam Munira, a lecturer at the Department of Bangla of Begum Rokeya University, was arrested on  Sunday, June 14, 2020 for  a case filed against her under the Digital Security Act.
Munira  reportedly posted a status on her profile on social media Facebook allegedly demeaning and humiliating late Awami League presidium member and former health minister Mohammad Nasim, a lawmaker from Sirajganj 1 constituency who died recently from Covid-19 infection.
Kazi Jahidur Rahman, a lecturer at the Department of Computer Science and Engineering of Rajshahi University was also arrested on Thursday, June 18, 2020 under the Digital Security Act over a social media post allegedly criticizing   Mohammed Nasim.
Authorities of Shahjalal University of Science and Technology have sued a student of the university under the Digital Security Act for an alleged derogatory post on Facebook about former health minister Mohammed Nasim, as well. Nine cases have been filed in total under DSA following the decease of the former health minister.
Recently, various newspapers and television channels covered a report about a letter the Dhaka Metropolitan Police (DMP) commissioner Mohammad Shafiqul Islam sent to the Inspector General of Police (IGP) saying that DMP's erstwhile joint commissioner Imam Hossain gave him an unethical proposal for bribes.
The report on the letter was published in media on 5 June. Instead of investigating the bribe allegation, the police authority emphasized on finding out how journalists came to know about the matter. They have been looking for the person disclosed the information to journalists. A police investigation team has summoned the journalists who published the report.
According to the report of Prothom Alo on June 22, the information of the Department of Health has created confusion in the minds of the people. Information related to the number of corona patients, diagnostic tests, hospital information are inaccurate and ambiguous.
Corona control initiatives are being delayed due to data constraints. Accurate information is needed for epidemic situation assessment, projection, policy making, planning and implementation. But accurate information is not available.ARTICLE 19 has been closely monitoring the situation in Bangladesh since the preparedness was on to deal with the coronavirus.
In response to the COVID-19 (Coronavirus) pandemic, opacity in the action plan, acute lack of coordination at the policy-making level and sheer absence of accountability are deepening the crisis in Bangladesh. At the same time, the right to information and freedom of expression are experiencing unprecedented repression.
It seems Bangladesh government entrenches repressive measures and uses country's much-criticized DSA to suppress dissent and critics of government initiatives in dealing with COVID-19. Surveillance, restrictions on free expression and information, and limits on public participation are increased much more than normal times.