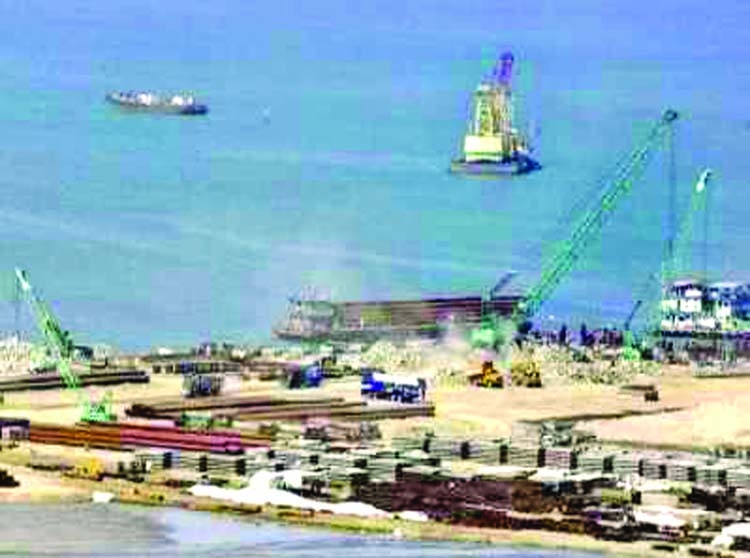 The  China Pakistan Economic Corridor (CPEC), a flagship of China's imperialistic and expansionist agenda under its Belt and Road Initiative, is set to soon become a "trillion-dollar blunder" project, say analysts.
The CPEC, a collection of infrastructure projects that are currently under construction throughout Pakistan, which were originally valued at $46 billion is now estimated to be $87 billion and only a quarter of which have been completed, according to The Jerusalem Post.
The leading Israeli English daily pointed out that CPEC was intended to rapidly modernize Pakistani infrastructure and strengthen its economy by the construction of modern transportation networks, numerous energy projects and special economic zones (SEZs).

However, in recent years the CPEC has proved to be based on a false premise that a nation needs these massive economic projects to be prosperous. It is now apparent that no one is willing to pay for these projects in the end, as they will never make any money from it.
The debt quotient of this corridor is about $80 billion, 90 per cent of which will be paid for by Pakistan in the form of national debt. Pakistan knows that it will not be able to pay China back and will slowly lose the sovereignty of its own land.

The CPEC has been facing a lot of criticisms like finances, trade imbalances, opposition from Baloch nationalists, concerns of residents near Gwadar Port and the resistance of local actors whom this rollout may directly impact. A resolution was even passed against the CPEC by the Provincial Assembly of Khyber Pakhtunkhwa in which the projects are to be constructed.

Last month, Husain Haqqani, Pakistan's former ambassador to the United States, had written an article in 'The Diplomat' stating that Pakistan's desire to maintain strategic relations with China has resulted in the construction of $62 billion worth of CPEC, which includes a set of infrastructure projects, being mired in insufficient transparency.

"China's consistent strategic support, including help with Pakistan's nuclear program, is often held out by Pakistan's military establishment favourably in contrast with the more conditional Pakistani alliance with the United States. But it seems now that China is not in Pakistan to help its people but rather as a predatory economic actor", he said.
Meanwhile, a new legal issue has now started haunting China.According to international law, China will not be able to build anything in Pakistan-occupied Kashmir, as it is legitimately part of the Indian state. Even the United Nations accepts that this is Indian land, as per its 1948 resolution on Kashmir.
On the other hand, Aksai Chin, also a part of India, which was illegally occupied by Pakistan and gifted to China, is also an obstacle. China may not be able to build or pass through that area without India's permission, which it will definitely not get.

During the recent standoff, along the "Line of Actual Control" in Eastern Ladakh India had clearly stated that it will not accept any infiltration into its territory and has the capability to deal with infiltrators.Hence, as the experts say, the CPEC will soon be known as the "trillion-dollar blunder" as here China sets the price, Pakistan gets the bill and ends up with substandard infrastructure it cannot service.