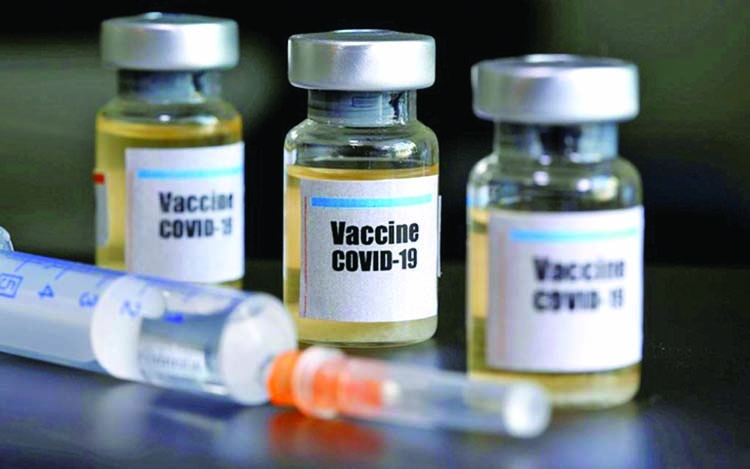 A trial in pigs of AstraZeneca's experimental COVID-19 vaccine has found that two doses of the shot produced a greater antibody response than a single dose.Research released by Britain's Pirbright Institute on Tuesday found that giving an initial prime dose followed by a booster dose of the vaccine elicited a stronger immune response than a single dose.
This suggests a two-dose approach may be more effective in getting protection against COVID-19, the disease caused by the new coronavirus, reports Reauters.

"The researchers saw a marked increase in neutralising antibodies, which bind to the virus in a way that blocks infection," the Pirbright team said in a statement. They added, however, that it is not yet known what level of immune response will be required to protect humans.
The ChAdOx1 nCoV-19 vaccine, also known as AZD1222, was originally developed by Oxford University scientists, who are now working with AstraZeneca on development and production.
"These results look encouraging that administering two injections ... boosts antibody responses that can neutralise the virus, but it is the response in humans that's important," said Bryan Charleston, Pirbright's director.AZD1222 is already in human trials, and AstraZeneca says it hopes to have data on efficacy later this year.
Preliminary data from a trial in six monkeys found that some of the monkeys given a single shot developed antibodies against the virus within 14 days, and all developed protective antibodies within 28 days.More than 100 potential vaccines are being developed around the world to try to control the pandemic, which has already killed hundreds of thousands of people.
Stephen Griffin, an associate professor at Leeds University who was not directly involved in this work, said it was "an encouraging advance" and showed that "a so-called 'prime-boost' strategy gives rise to far better responses" than a single dose."Whilst these studies will need to be repeated within human subjects...this is a heartening study," he said.