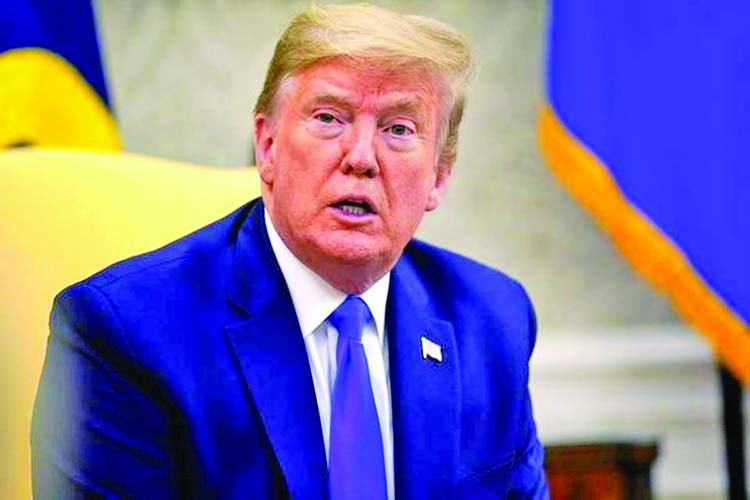 President Donald Trump on Monday temporarily suspended new work visas and barred hundreds of thousands of foreigners from seeking employment in the United States, part of a broad effort to limit the entry of immigrants into the country.
In a sweeping order, which will be in place at least until the end of the year, Trump blocked visas for a wide variety of jobs, including those for computer programmers and other skilled workers who enter the country under the H-1B visa, as well as those for seasonal workers in the hospitality industry, students on work-study summer programs and au pairs who arrive under other auspices.
The order also restricts the ability of American companies with global operations and international companies with U.S. branches to transfer foreign executives and other employees to the United States for months or yearslong stints. And it blocks the spouses of foreigners who are employed at companies in the United States.
Officials said the ban on worker visas, combined with extending restrictions on the issuance of new green cards, would keep as many as 525,000 foreign workers out of the country for the rest of the year.Business leaders say the directive will block their ability to recruit critically needed workers for jobs that Americans are not willing to do or are not capable of performing.
"This is a full-frontal attack on American innovation and our nation's ability to benefit from attracting talent from around the world," said Todd Schulte, the president of FWD.us, a pro-immigration group supported by technology companies.
Administration officials said the president's order would not affect people outside the United States who already have valid visas or seasonal farm workers. There will also be a narrow exception for certain medical workers dealing specifically with coronavirus research, officials said.
"These immigration bans are more red meat and not jobs for the base," said Rebecca Shi from the American Business Immigration Coalition in Chicago. "They don't even serve Trump's own business interests."Trump has used H-2B visas to hire seasonal staff for his resorts to work as cooks and waiters.