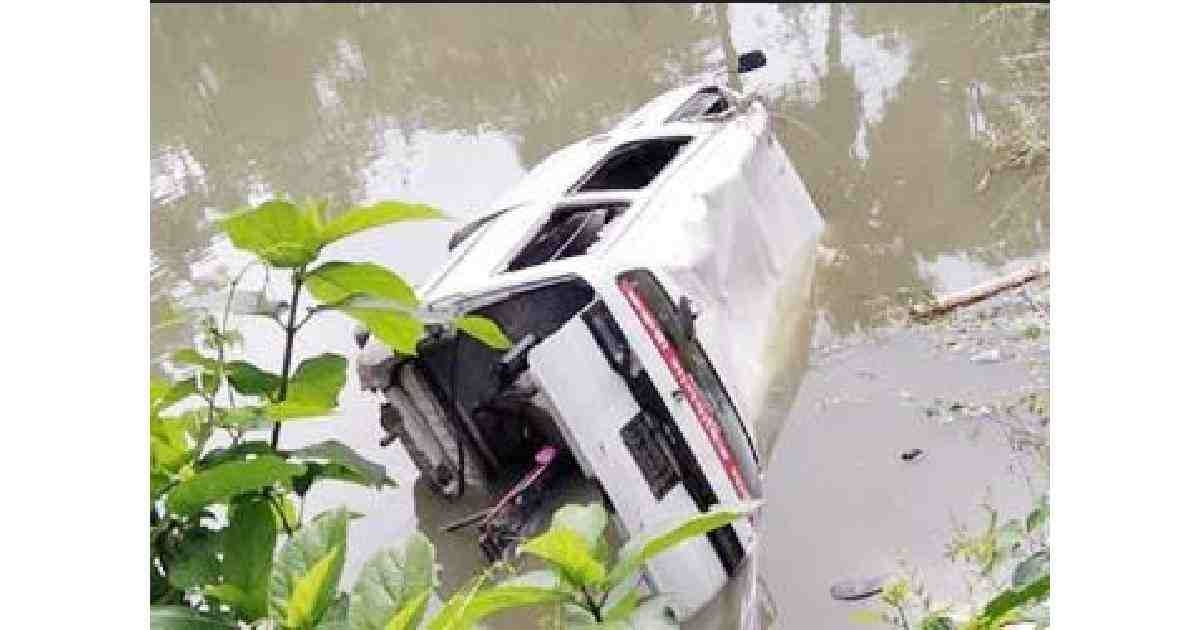 An ambulance carrying a body fell into a pond at Bagatipara in Natore on Tuesday night leaving seven relatives of the deceased injured.
Confirming the information, Nazmul Haque, officer-in-charge of Bagatipara Police Station, said locals rescued the passengers from the ambulance while the body was handed over to families on Wednesday morning.
The injured passengers were immediately admitted to Upazila Health Complex and a private clinic in Doyarampur, he added.
Abdul Hannan, a relative of the deceased, said his brother-in-law Sadek Ali passed away on Tuesday night at Rajshahi Medical College.
The ambulance fell into a pond because of dilapidated road condition, he said. The mother, uncle, brother, and mother-in-law of the deceased along with Hannan, the microbus driver and his assistant were injured.
Data released by the Jatri Kalyan Samity on May 3 show that 211 people were killed and 227 others injured in 201 road accidents across the country in one month amid the ‘lockdown’ enforced on March 26 over Covid-19 pandemic.