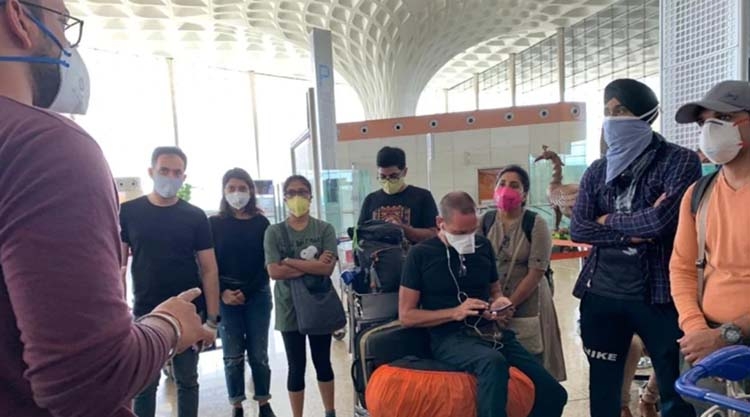 "30 Rock" creators Tina Fey and Robert Carlock, along with the show's owner NBCUniversal, have asked that four episodes of the series in which characters appear in blackface be removed from streaming and syndication.In a note obtained by Variety and shared below,
Fey wrote to the platforms saying that the episodes are "best taken out of circulation" and apologizing "for pain they have caused.""As we strive to do the work and do better in regards to race in America, we believe that these episodes featuring actors in race-changing makeup are best taken out of circulation.
Prime Minister Justin Trudeau says it has long been "obvious" that the detention of two Canadians in China is linked to the Vancouver arrest of Huawei executive MengWanzhou, doubling down on comments a Chinese official called "irresponsible" hours earlier.
Speaking to reporters at his daily briefing in Ottawa Monday, Trudeau said that within the first days of the detention of former diplomat Michael Kovrig and businessman Michael Spavor in December 2018, Chinese officials were "highlighting a link" to Meng's arrest by the RCMP nine days earlier."
It has been obvious from the beginning that this was a political decision made by the Chinese government and we deplore it and have from the very beginning," he said.
Temperatures for Verkhoyansk, a remote Siberian town inside the Arctic Circle, hit 38 deg C on Saturday (June 20), about 18 deg C above the average maximum daily temperature in June.If confirmed, it would be the hottest temperature on record in the Arctic, the BBC and other media reported.
It fits a pattern. Scientists say the Arctic is warming at more than twice the rate of the rest of the globe and the region has been regularly breaking temperature records.
Shruti Chand, a 23-year-old management student studying at a business school in Paris was left teary eyed at the Mumbai International Airport on Monday when she learnt that her Air India flight AI 1117 to Paris had been cancelled suddenly.
With no further information and no help from the Air India staff, Shruti said that she and some of her friends who had traveled early morning from Nashik had no option but to leave the airport and just sit and wait.
The 7 hours wait at the airport didn't result in anything good."I don't know what to do now. Our visas our going to expire soon and we need to renew them.