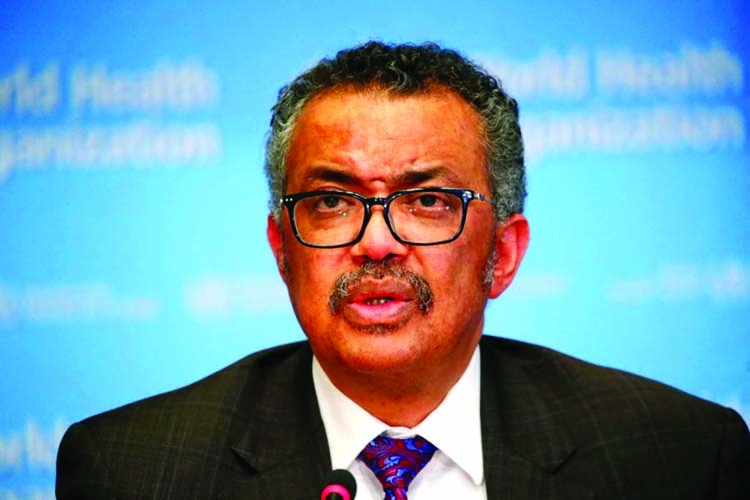 WHO Director General Tedros Adhanom
World Health Organization Director General Tedros Adhanom said on Wednesday he expected the number of novel coronavirus cases around the world, now at about 9.3 million, to reach 10 million next week.
Tedros also told a news briefing he backed Saudi Arabia's decision to ban pilgrims from abroad from attending the annual Haj pilgrimage to help limit the spread of the virus, reports Reuters.
He said WHO was now supporting many countries in dealing with difficulties obtaining oxygen concentrators, devices that boost the flow of oxygen to support the breathing of COVID-19 sufferers. "Demand is outstripping supply," he said.
Dr Mike Ryan, head of the WHO emergencies programme, said the pandemic for many countries in the Americas had not yet peaked, and that it was "still intense", especially in Central and South America.
"I would characterise the situation as still evolving, not having reached its peak yet, and likely to result in sustained numbers of cases and deaths in the coming weeks," Ryan said. Many countries in the region have experienced 25-50% increases in cases in the last week, he said.