Rupankar, Sumana getting response for their song 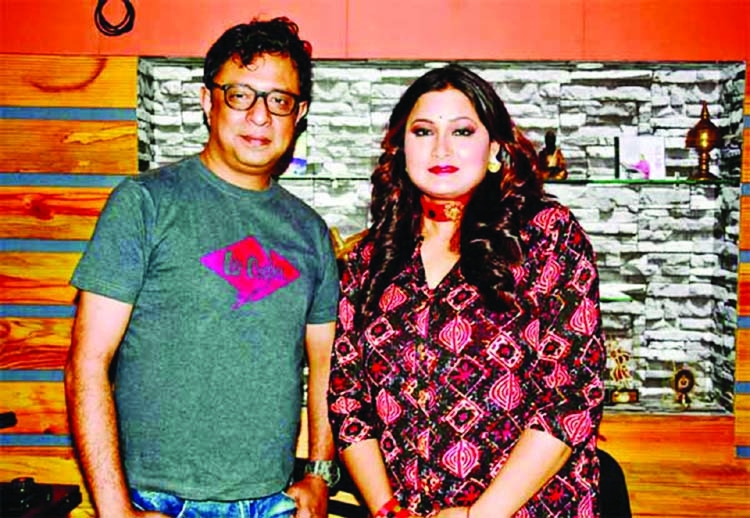 Though it took time to release the song on YouTube but Rupankar and Sumana are getting positive response from the music-lovers of two Bengals for their duet song titled 'Aar KonoKothaNoy'.
It was released from Kolkata's YouTube channel of Angel Digital. Binshu Sharma has made music video of the song. Basically in June 2018, Kolkata's singers RupankarBagchi and Sumana Samantha Mukherjee lent their vocals for the song written by Bangladeshi lyricist KabirMohsin Reza.
Kolkata's Polash Das arranged music of the song. Sumana had huge expectation for this happy mood romantic song. Rupankar earlier lent his vocal for several songs composed by Bangladeshi popular singer and music composer BappaMazumder.
However, Sumana had also experienced to render song with Bangladeshi popular singer of present time Imran. She also lent her vocal for play-back song of IdrisHaider-directed film Nil Foring.
For Rupankar, it was his first song with Sumana. He said, "Voice of Sumana is really nice. Before rendering song with her I heard her rendered song. For the first time, I rendered song with her. Lyrics of the song were also nice. Polash Da has composed the song well. I lent my vocal for the song with keen interest. Sumana rendered superb. We are getting huge response for the song."