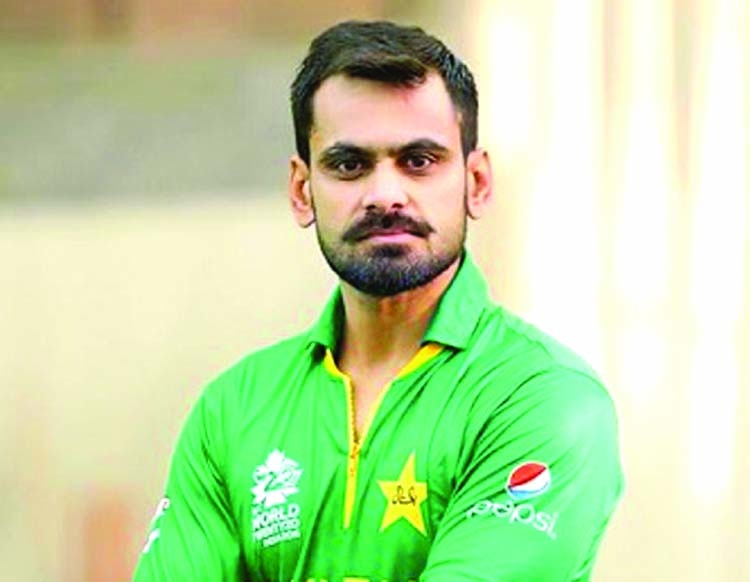 Mohammad Hafeez
Pakistan all-rounder Mohammad Hafeez has tested negative for COVID-19 a day after the country's cricket board said he was among seven more players who contracted the disease ahead of their England tour, the player said on Wednesday.
The Pakistan Cricket Board confirmed on Tuesday that a total of 10 players, including Hafeez, had tested positive but the 39-year-old said in a tweet that a subsequent examination at a private laboratory in Lahore had cleared him.
Hafeez added that his family had also tested negative and attached a picture of his medical report in the tweet. Pakistan's test and limited-overs squads will tour England for three tests and three Twenty20 internationals. They were due to fly out this month before going into quarantine ahead of the first test starting on July 30.
England director of cricket Ashley Giles has said that the tour is expected to go ahead. England return to action following the COVID-19 stoppage with three tests against the West Indies next month with the first scheduled to begin in Southampton on July 8 without spectators.
---Reuters