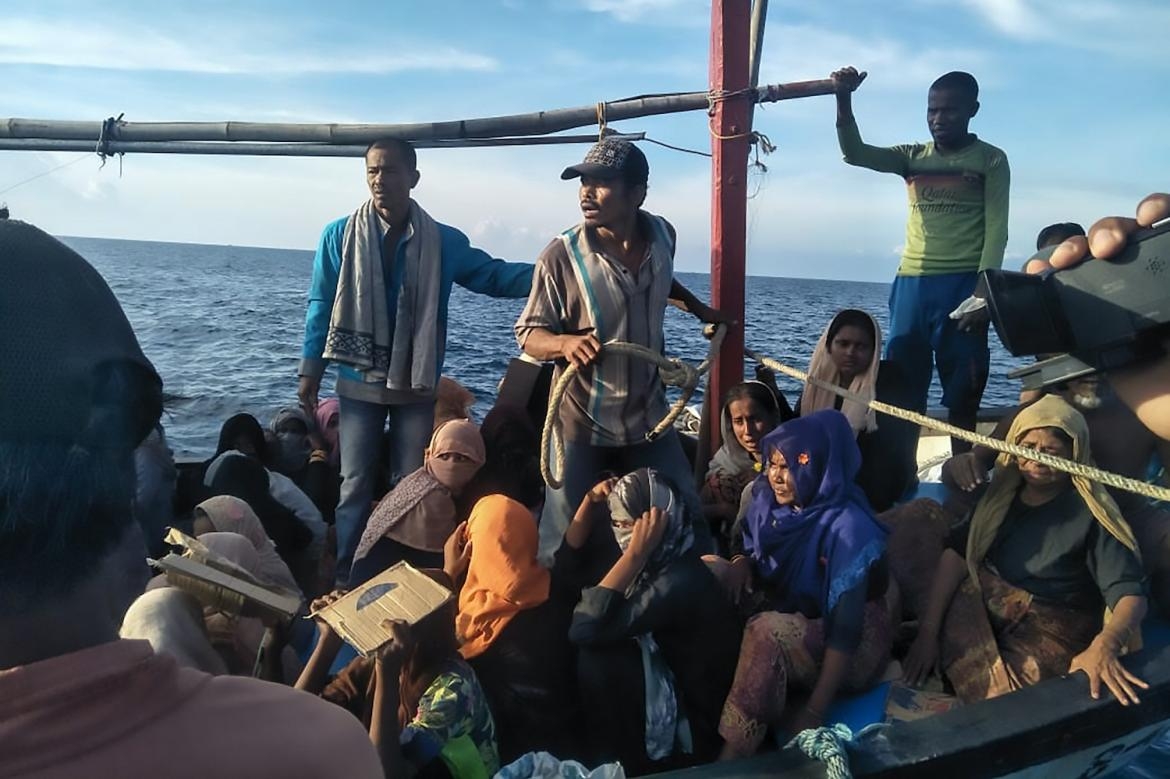 Nearly 100 Rohingya from Myanmar, including 30 children, have been rescued from a rickety wooden boat off the coast of Indonesia's Sumatra island, a maritime official said on Wednesday.
Images shot from Indonesian rescue boats showed dozens of children and adults, many weeping, after they had been plucked from their vessel by local fishermen.
"The boat with Rohingya onboard was broken and floating in the middle of the sea when the fishermen found them," said Muhammad Nasir, head of the maritime authority in Sumatra's northernmost Aceh province.
They had gone without food for several days, officials said.
Malaysia and Indonesia are favoured destinations for Rohingya fleeing violence in Myanmar, with thousands trying a perilous escape via smugglers across the sea every year.
Around a million live in squalid refugee camps in Bangladesh, where human traffickers also run lucrative operations promising to find them sanctuary abroad.
Their plight has been compounded in recent months by the coronavirus, with boats of asylum seekers turned away for fear they may be harbouring the deadly virus.
Amnesty International Indonesia's executive director Usman Hamid urged authorities to treat the latest arrivals humanely.
"These children, women and men have likely been at sea for weeks, if not months, and their basic needs, such as food, clothes, water, medicines and proper shelter, must be met," he said.
Wednesday's rescue came as a coastguard official in Malaysia said dozens of Rohingya are believed to have died during a four-month boat journey to that Muslim-majority nation.
There had been more than 300 people on board the boat which was intercepted by authorities earlier this month, said Zubil Mat Som, director-general of the Malaysian Maritime Enforcement Agency.
The 269 survivors were taken to Langkawi island.
"Some of them died at sea. They were thrown overboard," Zubil told reporters, without specifying the exact number.
Zubil said the group had been on a "motherboat" carrying more than 800 people before being transferred to a second vessel.
Authorities have not found the original boat, thought to be now carrying around 500 people.
It was not immediately clear if the nearly 100 Rohingya rescued on Wednesday off the coast of Indonesia were part of this larger group. - AFP