Virus yet to peak in Americas: WHO 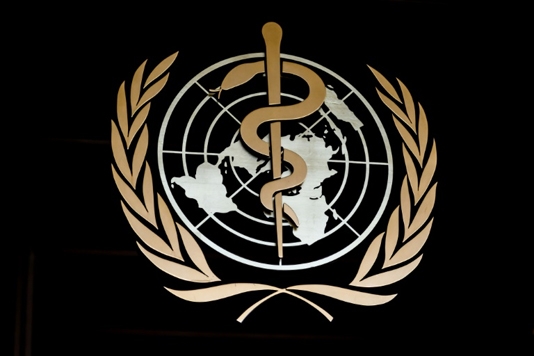 The coronavirus pandemic has yet to peak in the Americas, the World Health Organization warned on Wednesday, as it said global infections were likely to hit 10 million within a week.
The WHO said the length and height of peaks would be determined by government actions, without which a lurch back towards lockdowns was unavoidable.
The UN health agency also warned that at the current rate of new cases, a shortage of concentrators — devices that purify oxygen — to help critically-ill patients was looming.
“In the first month of this outbreak, less than 10,000 cases were reported to WHO. In the last month, almost four million cases have been reported,” WHO chief Tedros Adhanom Ghebreyesus told a virtual press conference.
“We expect to reach a total of 10 million cases within the next week.
“This is a sober reminder that even as we continue research into vaccines and therapeutics, we have an urgent responsibility to do everything we can with the tools we have now to suppress transmission and save lives.”
The novel coronavirus has killed at least 477,500 people and infected nearly 9.3 million since emerging in China last December, according to a tally from official sources compiled by AFP.
– Latin America surge –
WHO emergencies director Michael Ryan warned that the virus was still raging in the Americas and raised the prospect of fresh nationwide lockdown measures, in the absence of ultra-vigilance.
“It’s particularly intense in Central and South America,” he said.
“We’ve seen a steady and worrying continuation of trend, with many countries experiencing between a 25 and 50 percent rise in cases over the last week.
“Unfortunately, the pandemic for many countries in the Americas has not peaked,” he said, and was “likely to result in a sustained number of cases and continued deaths in the coming weeks”.
The Irish epidemiologist said that without isolating and quarantining contacts, “the spectre of further lockdowns cannot be excluded”.
Alas, “the only way, in some circumstances, to avoid that now, is a very, very, very aggressive investment in our capacity to detect cases”, he said.
After the United States, Brazil is the hardest-hit country, with more than 52,600 deaths from over 1.1 million cases.
President Jair Bolsonaro has been fiercely criticised for comparing the virus to a “little flu”.
“The numbers respond to response,” said Ryan.
The height and length of the peak, and the trajectory downwards, “is everything to do with the government’s intervention to respond”, he said.
– ‘Hard choices’ –
Patients with severe and critical COVID-19 struggle to get enough oxygen into their lungs, needing higher concentrations and support to prevent organ failure and death.
Medical oxygen is produced using concentrators that extract and purify it from the air.
“Many countries are now experiencing difficulties in obtaining oxygen concentrators. Eighty percent of the market is owned by just a few companies, and demand is currently outstripping supply,” said Tedros.
“WHO estimates that at the current rate of about one million new cases a week, the world needs about 620,000 cubic meters of oxygen a day, which is about 88,000 large cylinders.”
Meanwhile, the WHO backed Saudi Arabia’s decision to scale back the annual hajj pilgrimage to only 1,000 people, down from last year’s 2.5 million.
The hajj is one of the world’s largest mass gatherings.
“This is another example of the hard choices that all countries must make to put health first,” said Tedros.