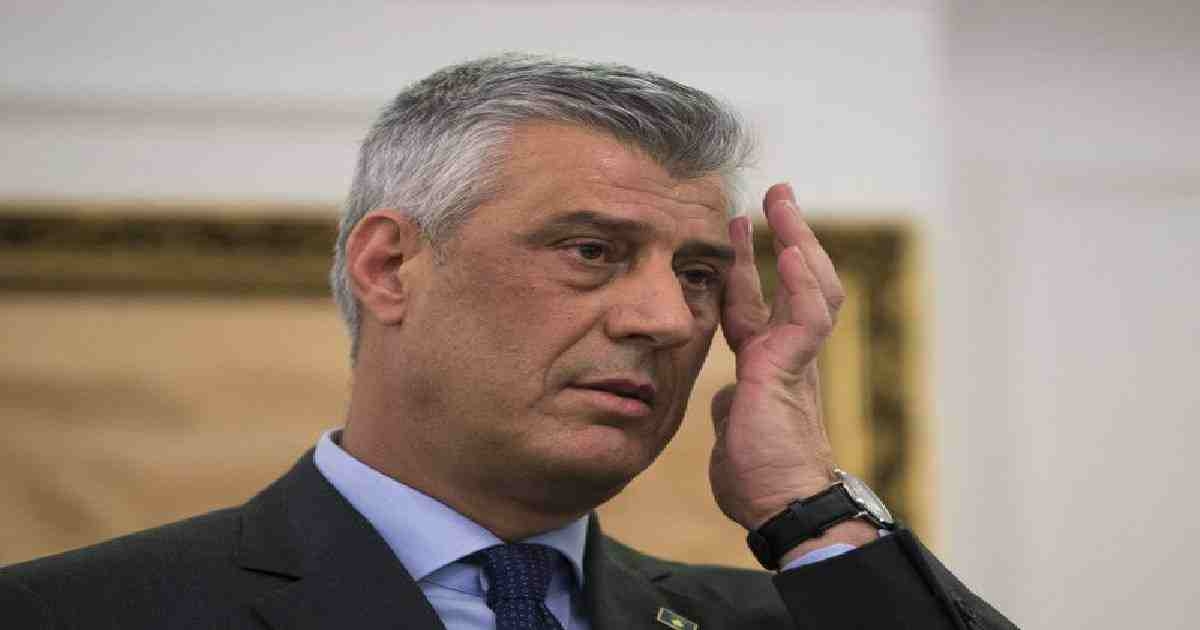 Kosovo President Hashim Thaci and nine other former separatist fighters were indicted for their involvement in crimes against humanity and war crimes charges including murder on Wednesday.
An international prosecutor has brought the charges against Thaci and nine others after probing their actions against ethnic Serbs and others during and after Kosovo’s 1998-99 independence war with Serbia.
Charges were brought against them for killing 100 people, enforced disappearance, persecution, torture and others.
Because of the indictment, Thaci has postponed his trip to Washington, where he was to meet Saturday for talks at the White House with Serbian President Aleksandar Vucic.
“The President of Kosovo has just informed us that he has canceled his trip to Washington, DC following the announcement made by the Special Prosecutors Office. I respect his decision not to attend the discussions until the legal issues of those allegations are settled,” tweeted Richard Grenell, the US. envoy for the Kosovo talks.
The talks will still go ahead, with Vucic and Kosovo Prime Minister Avdullah Hoti, he added.
A statement from the prosecutor of the Kosovo Specialist Chambers said Thaci and the nine others “are criminally responsible for nearly 100 murders” involving hundreds of Serb and Roma victims, as well as Kosovo Albanian political opponents.
Other charges include enforced disappearance, persecution and torture, he said.
A pretrial judge at The Hague-based court is currently studying the indictment and could still reject it if there is not enough evidence to back it up. If there is enough evidence to support the charges, the pretrial judge will confirm them.
Thaci was a commander of the so-called Kosovo Liberation army, or KLA, that fought for independence from Serbia. The war left more than 10,000 dead — most of them ethnic Albanians — and 1,641 are still unaccounted for. It ended after a 78-day NATO air campaign against Serbian troops.
The former ethnic Albanian-dominated province declared independence from Serbia in 2008, which Serbia did not recognize.
The indicted group includes Kadri Veseli, former parliament speaker and leader of the opposition Democratic Party of Kosovo.
Veseli said the indictment is politically motivated.
“Taking into account the time and circumstances (of the indictment), only days before the White House meeting, one would fairly doubt that it was accidental,” Veseli said.
“Crimes in Kosovo were committed by Serbs, not Albanians,” he said, calling it an attempt to rewrite history.
Several top Serbian officials and military officers have been sentenced to lengthy prison terms by a different war crimes court in The Hague for crimes committed by Serbian troops during the war.
“The court is trying to stain our liberating war, our aspiration for freedom and independence and legalize the (Serb) crimes in Kosovo,”said Bardhyl Mahmuti, a former KLA political representative, to the public television station, RTK.
The indictment was the first made by the prosecutor of the special tribunal for Kosovo based in The Hague. The court has been operating since 2015 and has questioned hundreds of witnesses. Kosovo’s prime minister resigned last year before he was questioned.