US could extend Russia arms treaty with conditions 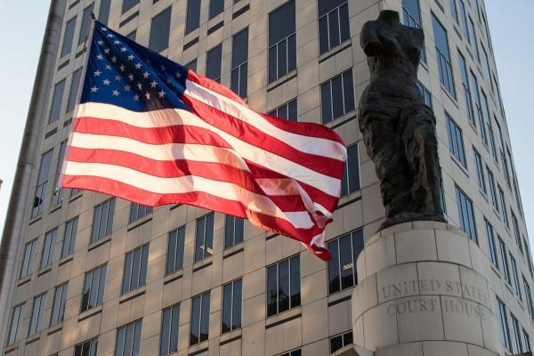 The United States could be willing to extend its last remaining major nuclear weapons treaty with Russia but only under strict conditions, a senior official said Wednesday.
The US and Russia held talks on the New START accord, which limits their nuclear warheads but expires in February 2021, in Vienna on Monday amid a row about China’s refusal to take part.
Marshall Billingslea, who is leading negotiations for the US, said Washington would not rule out even a short-term extension of the current agreement.
“We are willing to contemplate an extension of that agreement, but only under select circumstances,” Billingslea told reporters after briefing NATO on Monday’s talks.
He said the US wanted to see progress in addressing what he called China’s “incredibly worrisome crash nuclear programme” as well as “a number of greatly concerning Russian behaviours that have been engineered to occur outside of the New START treaty’s constraints”.
“Above all, that we have in effect a verification regime that can restore some level of confidence that in fact there is compliance with the commitments undertaken by all three parties to a future agreement,” he said.
The US and its NATO allies insist that China must be part of global arms control agreements if they are to have any meaning, because it is rapidly expanding its nuclear arsenal.
US President Donald Trump has demanded China should be involved in discussions to extend New START because he says Beijing has had a free pass to develop weapon systems.
Billingslea said China had “stood up the world” by refusing to take part in Monday’s talks, but said the talks with Russia had been productive and a second round could be possible in late July or early August.