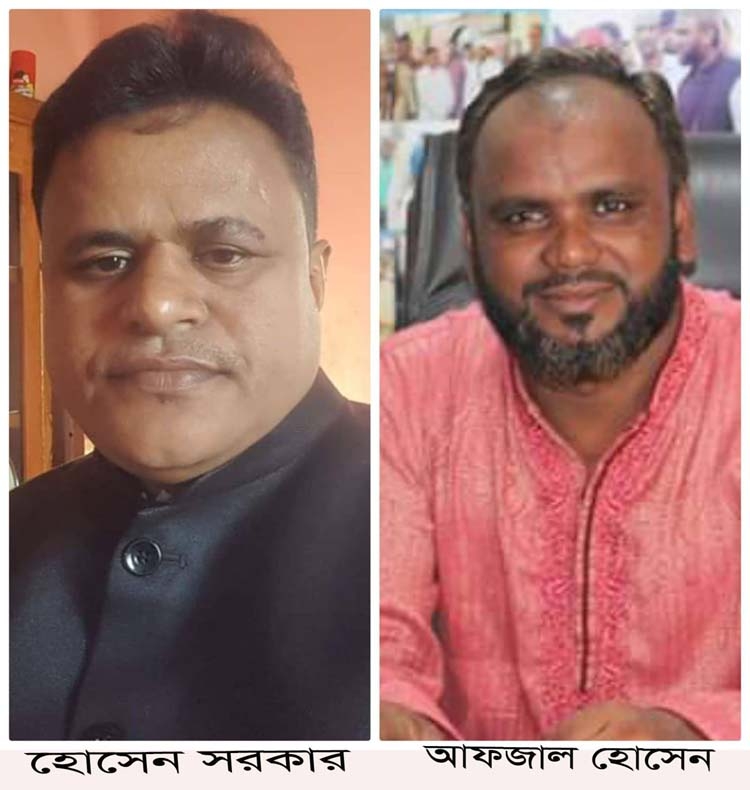 Allegations have been raised against two leaders of the ruling Awami League in Brahmanbaria of constructing houses, offices and shops on government khas land.Hazi Kabir Ahmed, chairman of Birgaon Union Parishad under Nabinagar upazila of the district, has lodged writtencomplaint to the land ministry against president and general secretary of AL’s Birgaon union unit for taking necessary actions to recover the occupied land.
According the complaint, there are allegations against Birgaon Union Awami League President Hossain Sarker of illegally occupying a space allotted in name of one Jakir Hossain at Baish Mouza cattle market in Birgaon union of the upazila, taking monthly rents by arranging illegal tea stalls, fruit shops and groceries inside the cattle market and making home by grabbing a road near Shibpur Bridge adjacent to the cattle market. 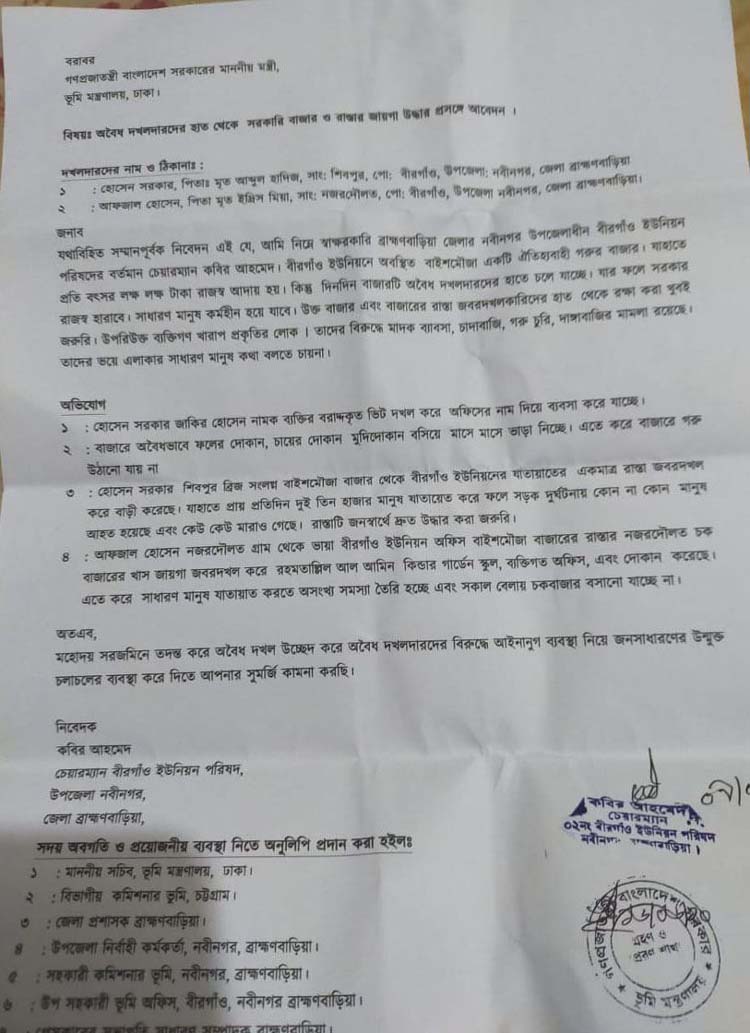 On the other hand, the allegations against Birgaon Union AL General Secretary Afzal Hossain include setting up office, kindergarten and shops by grabbing government khas land at the Chawk Bazaar in Nazar Daulatpur village.
Denying the allegations of grabbing government khas land, Hossain Sarker said, “I have constructed home at my own land. If the land is proved khas, I have no objection if the structure is demolished.”I haven’t grabbed anyone’s space, he asserted, adding that he has a space in the cattle market.As there are some illegal shops in the cattle market, I demand these will be demolished,” he added.
Afzal Hossain said, “I haven’t occupied any government land. A kindergarten has been set up on my own land. There are four partners of the school. I do politics for the welfare of people, not for looting.”If it is proved that I have grabbed government land, I will accept any punishment, he added.Nabinagar Upazila Nirbahi Officer Mohammad Masum said, “I have yet not got any complaint in this regard.”
--- Ashiqur Rahman Mito, Brahmanbaria