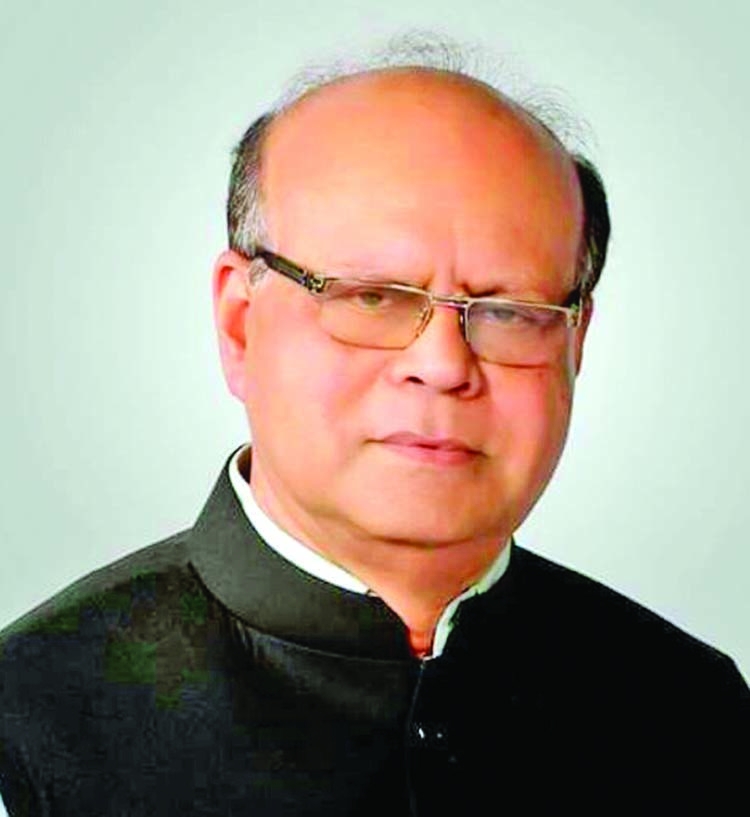 State Minister of Rural Development and Cooperatives Division Swapan Bhattacharjee has termed ongoing disaster on cooperatives sector "as one of the greatest catastrophes of all the time."
He made this concern while speaking on the telephone interview with the reporter of The Asian Age. State Minister said, "Like other business and industries, Covid 19 hands massive blow to cooperatives sector. This disaster eventually culminated to one of the greatest catastrophe of all the time."
State Minister made concern that should this situation prolongs, the recession would be worse. He said, Prime Minister Sheikh Hasina keeps a vigilant watch and is giving necessary directives to prevent cooperative societies from damage. When asked about the extent of crisis that cooperative societies are facing, State Minister said, there are 2 lakh cooperative societies around the country. They raise fund from savings of its members and run by distributing loans among its members.
It was seen that they distributed majority of their amassed fund among the members at grass root level as loans. The members use these loans to invest in small businesses.
But they are making losses due to the recession by corona epidemic. In this circumstance they are unable to pay back their instalments including profits at the designated time. Thus societies are not able to make profits from investments that they would have done. Instead debts of societies are gradually rising.
He said, some societies are not able to pay their staffs. They are forced to run societies through the amassed fund. It is not expected that they would run longer in this way.
When asked about the steps that Government or Cooperative Ministry are taking to save cooperative sector, the Minister said, these are raised to the higher levels of the government, and besides the incentive package of 15 hundred crore taka, additional 5 hundred crore taka of it is already in consideration. "Ministry is working hard to get allocation for incentive package within shortest possible of time" he added.
BRDB is the major organization in the cooperative sector. When asked about its current situation in this epidemic Minister said,  "The situation is worst. It is facing deficit amounting 59 crore taka in the last 4 months.
It is also struggling to pay its staffs working at field level. We managed to support it with 15 crore taka but it is too low to necessary." "Cooperative minister demanded incentive package of 15 hundred crore taka for BRDB and additional 5 hundred crore taka for CDDF" he added.
About 'My Home, my farm' project State minister said, "This project is a result of Prime Minister's initiative. From the very beginning it was successful. 15 hundred crore taka had been distributed among the field level in this project. Subsidies equal to the savings of each individuals was distributed among the entrepreneurs. Ministry is finding out the current situation of this project at field level.
About cooperative institution 'Milk Vita' the State Minister said, "It is facing problems on distributing dairy products on the market due to the lockdowns. To ensure that poor dairy farmers are not making losses we are buying milk on increased price of 2 taka per litre.
Besides these, we are giving emphasis in producing 22 types of dairy products like powdered milk, butter, etc by processing milk." When asked about Cooperative Credit Union the State Minister said, "Credit Union is one of many cooperative societies of various categories."
State Minister said, "Credit Unions has received fatal blow. We are considering the safety for those institutions." Ministry has already received calls from credit unions. Ministry will take necessary steps after receiving incentive packages, else they will make huge losses.  "
They may not be able to stand upright" he mentioned. When asked if Ministry is considering taking long term plan for safety of cooperative sector should Covid 19 prolongs the State Minister said, "We are thinking about that. If Covid 19 stays more than 6 months or 1 year the cooperative sector will fall on catastrophic recession."
"Making losses is not only the fact, all efforts to change the fate of 2 crore men working on 2 lakhs cooperative societies will go awry. The fate of large number of people depends on the cooperative sector. Thus Cooperative Ministry is holding discussions and meetings regularly" he added.