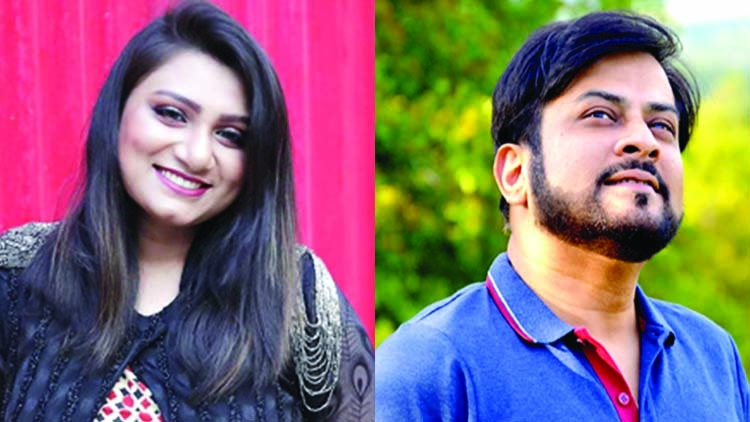 The release of new songs did not stop even during the coronavirus period. Ajab Records recently released a new song by Abanti Sithi and Ketan Sheikh on their YouTube channel.
The song is titled 'Shei Hridoyer Kachhe'. Joy Shahriar has arranged the music to the tune of Ketan Sheikh with the lyrics of Sheikh Rana.The music video of the song has been directed by Ketan Sheikh, cinematography by Ayman Sheikh, Sufian Sheikh and Abanti Sithi.
Regarding the song, AbantiSithi said, "Earlier, we sang a country song with Ketan with six artistes. I know him from then. I really liked singing the song in a duet with him."
Ketan Sheikh said, "This is the first time I sang in a duet. So, I chose a romantic song. Abanti sang amazingly. I hope the audience will like it." The song can be heard on Ajab Records' YouTube channel as well as GP Music, Vibe, Splash and Independent Music.