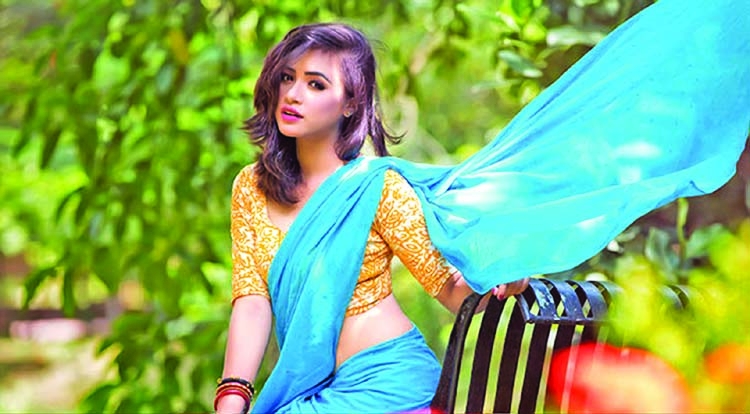 TasnuvaTishawho has been active in television drama for six years, came to limelight after the web series 'August 14'. The six-episode crime thriller directed by ShihabShaheen was released during Eid-Ul-Fitr on Binge, the OTT platform for entertainment. Then being pirated, it has also been uploaded on YouTube. The viewers of both the platforms seem to like it.
Tisha played the lead role in the series, which has been much appreciated by all. It has changed her position in the entertainment world. Now she is getting numerous offers for acting in different dramas. She is enjoying it a lot. However, she has also been subject to controversy for portraying bold scenes in the series. However, the criticism of doing some explicit scenes in 'August 14,' Tisha said she just played the role as per her director's instruction. "
I think the director tried to show the things in the web series what he thought were necessary for the role. Besides, at the beginning it is said that the content is for mature audience. So one should watch the web series keeping that in mind," she explained.
"He said first he thought of actress Prasun Azad for the role. But she told him that she was physically unfit for doing the role. So as a second option, he chose me. He thought I was perfect for the role. Besides, Shihabbhai's wife Actress Jakia Bari Momo suggested he take me. My face, height and getup go with the character," she added.
Tisha said she read the script, then studied news in print media and watched TV reports on the incident. Besides, she also read the charge sheet of the case and the verdict.  She followed the director's guideline. All these things played a role in the making of Oishee in Tisha. It took 15 days at a stretch to complete the shooting and for not a single moment, I thought of anything but the character. "
The web series has completely changed my world. Earlier, directors used to call me if they did not get the schedule with two to three renowned actresses. Now they first contact me. Before the release of '14th August' I was just an average actor to the directors. But now I am their first choice," she said.