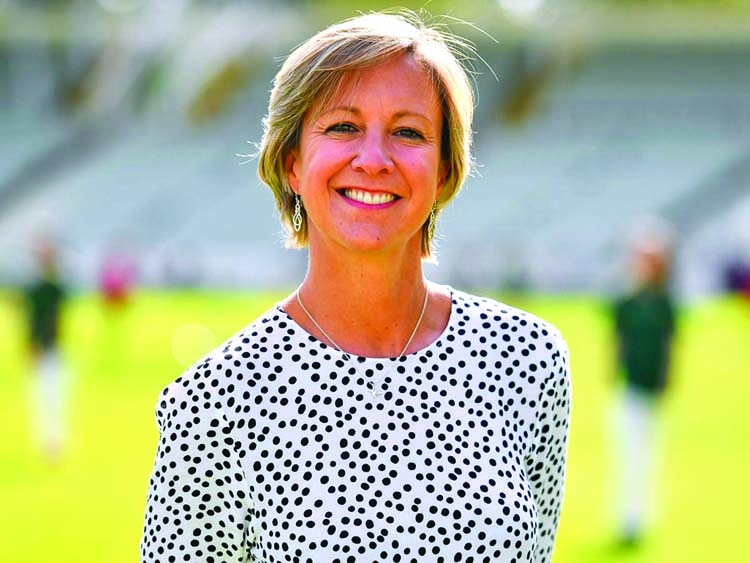 Clare Connor
Former England women's captain Clare Connor is to become the first female president of Marylebone Cricket Club in its 233-year history.Current incumbent Kumar Sangakkara, the first non-British MCC president, nominated Connor via video link from his native Sri Lanka during an annual general meeting on Wednesday.
Connor, now the England and Wales Cricket Board's head of women's cricket, is set to take up her new post on October 1, 2021, subject to the membership's approval. Presidents of MCC usually remain in post for one year but Sangakkara's term is set to be extended by a further 12 months because of the coronavirus pandemic.
It was not until 1998 that MCC, which owns Lord's Cricket Ground, voted to allow women to become members. Prior to that, Britain's Queen Elizabeth II was one of the few women allowed in the Lord's pavilion.
"I am deeply honoured to be named the next president of MCC," said Connor in a statement. "Cricket has enriched my life so deeply already, and now it hands me this wonderful privilege.
"We often need to look back to see how far we've come. I made my first visit to Lord's as a starry-eyed, cricket-obsessed nine-year-old girl at a time when women were not welcome in the Long Room (of the pavilion). - 'Times have changed' -
The 43-year-old Connor, now the chair of the International Cricket Council's women's cricket committee, added: "Times have changed. Now I find myself entrusted with this remarkable opportunity - the opportunity to play a part in helping MCC, cricket's most influential club, to thrive and grow in an even more modern and inclusive future.
"MCC does wonderful work for communities in the UK and overseas. It stages the most uplifting events. It brings people together.
"And as we take small steps to emerge from this uncertain and difficult time, we are going to need the power of sport and strong sporting organisations like MCC more than ever."
Meanwhile Sangakkara said he was "thrilled" by Connor's latest cricket appointment, the Sri Lanka great adding: "The club has a significant role to play in cricket's global appeal and with her influence, I am sure she will make a considerable contribution to MCC."
Left-arm spinner Connor made her England debut aged 19 in 1995 and went on to captain her country in 2000 before retiring six years later. Although MCC no longer runs English cricket, it has worldwide responsibility for the sport's rules.