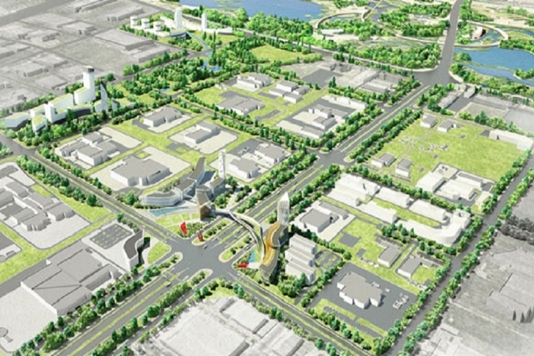 Bangladesh plans to redesign its incentive package to draw foreign direct investments (FDI) to negate COVID-19 pandemic onslaughts on national economy, keeping an extra eye on prospective sources in the South-East, officials said.Home Latest NewsBangladesh plans redesigned incentive package for post-pandemic FDI flow62By Tanzim AnwarDHAKA, June 24, 2020 (BSS) – Bangladesh plans to redesign its incentive package to draw foreign direct investments (FDI) to negate COVID-19 pandemic onslaughts on national economy, keeping an extra eye on prospective sources in the South-East, officials said.Bangladesh Economic Zones Authority (BEZA) executive chairman Paban Chowdhury“Analysis of the situation is underway but we have set out a series of proposed measures to redesign the incentive package for post-COVID FDI flow,” Bangladesh Economic Zones Authority (BEZA) executive chairman Paban Chowdhury told BSS today.He said a redesigned incentive package appeared crucial for Bangladesh as other FDI seekers in the neighbourhood like India, Vietnam, Thailand and Cambodia were offering “more than what we are doing” and some of them by now ensured their access to bigger markets under different foreign trade agreements (FTA).“We have made a series of recommendations to incorporate new offers in our existing incentive packages to draw FDI during and after the pandemic,” Chowdhury said.Officials familiar with the policy planning said the proposed measures included tax waiver for potential foreign investors alongside new offers in incentive package for drawing new foreign investors to negate impact of COVID-19 onslaughts on national economy.They said several financial analysts and watchdogs suggested that the countries which appeared less-affected by the pandemic, like Japan and Singapore, could be better sources of prospective FDIs for Bangladesh. The officials said they kept open their eyes to the global financial scenario particularly to explore opportunities of possible business relocations in the coming days particularly against the backdrop of the United States (USA) virtual trade war with China.The Trump administration had waged the anti-China business campaign ahead of the pandemic outbreak and subsequently dubbed it “de-risking from china”.The BEZA chief said his office already prepared a report proposing new FDI-drawing proposals analysing moves by other regional FDI receiving competitors by late April while it now awaited a decision by the Prime Minister’s Office (PMO).Chowdhury said the report proposed complete corporate tax waiver and duty-free facility on importing all machineries for the investors who would like to relocate their investment in Bangladesh from other countries under G2G (government to government) basis.He said currently BEZA was working with some Japanese investors who were planning to relocate their investment from China due to coronavirus pandemic.The report also suggested cent percent waiver on corporate tax for 10 years for all foreign investors and export-oriented manufacturers as well as VAT waiver on land leasing and bonded warehouse facility for all local and foreign investors.Besides, it proposed that companies which would invest US$100 million or create 300 employments would get seven years tax benefit from the Bangladesh government.BEZA officials said they also recommended reducing corporate tax to 25 from the existing 35 percent for local investors since current rate of the tax in India was 22 percent and 20 percent in Vietnam and Thailand.It also suggested deducting VAT to 12 from 15 percent stating that the rate was 7 percent in Vietnam and 10 percent in Thailand and Cambodia.The BEZA chief, however, said compared to its regional competitors, Bangladesh was in an an advantageous position in offering online service through the One Stop Service (OSS) Centre.“This is milestone set by the current government in attracting FDI,” Chowdhury said adding that the OSS provides 17 different services through online whereas India is providing 5 to 6 and Vietnam 9 services online.He said BEZA has the plan to provide 100 percent services through online, so that an investor can get all go-ahead services remotely even not visiting any offices in Bangladesh.Meanwhile, Bangladesh Investment Development Authority (BIDA) officials said they were working on revising different brochures and handbooks on opportunities in investing Bangladesh as part of its endeavor to hunt new FDI source countries.“We will send the revised handbooks to all intending foreign investment source countries targeting the post-corona era,” a senior BIDA official said.BIDA’s former executive chairman Kazi Aminul Islam, however, said Bangladesh still had a lot of scopes to ease “doing business” as according to a 2020 global ranking it secured 168th position out of 190 economies — the lowest in South Asia excepting Afghanistan.“We must remember that if Bangladesh does not raise its ‘doing Business’ ranking, our efforts to attract FDI at this critical juncture may appear futile,” he said. Islam particularly suggested reduction of bureaucratic hassles capital and profit repatriation by foreign investors to “assure them about smooth entry and exit of their money”.Yet, during 2018-2019 fiscal, FDI in Bangladesh increased by 51 percent to US$3.9 billion – a record high while FDI share of gross domestic product (GDP) also increased from 0.92 to 1.28 percent over the same period.During the first seven months of 2019-20 — from July 2019 to January 2020 — the net FDI inflow was $1.69 billion, which is 4 percent higher than that of the same period in the previous fiscal.According to the Bangladesh Bank, China was the largest investor during 2018-19 fiscal with a net FDI inflow of $1.16 billion, followed by the Netherlands with $802.8 million with energy sector drawing the highest amount of gross FDI worth $1.27 billion.