Up to 8% of US population has been infected with virus: officials 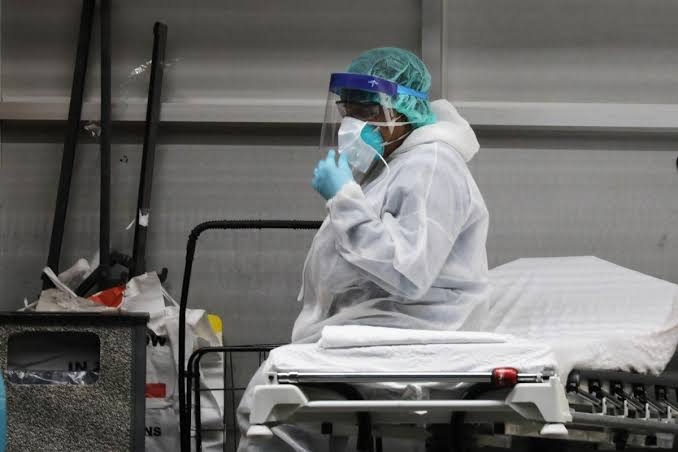 Home International NewsUp to 8% of US population has been infected with virus: officials77WASHINGTON, June 26, 2020 (BSS/AFP) – Between five and eight percent of the total US population has experienced infection with the new coronavirus, a top health body said Thursday as it warned pregnant women were at higher risk of getting severe COVID-19.The estimate for infections by the Centers for Disease Control and Prevention is based on nationally representative antibody test surveys, which suggest that the count of confirmed cases represents only about a tenth of the real figure.The US population is 329.8 million, and the true number of people who are or have previously been infected is between 16.5 and 26.4 million people, according to the estimate.The infection figures came as Texas, one of the fastest states to ease its shutdown, halted steps to reopen its economy after a sharp rise in recent cases.The number of new coronavirus infections is approaching record daily levels in the US, with more than 35,900 cases recorded in the past 24 hours, according to a tally by Johns Hopkins University.CDC Director Robert Redfield said that the rates of infection were not nationally uniform.“There are… states that are going to have antibody prevalence rates of less than 2 percent, which would mean a majority of those individuals in those regions are still susceptible,” he said.“There’s other areas like the New York metropolitan area that clearly had a higher penetration of antibody positivity.”The CDC has been carrying out so-called serological surveys and based on these, it “looks like it’s somewhere between five and eight percent of the American public,” Redfield continued, adding that the estimates would be further refined with more data.The CDC also issued a new report Thursday that found that pregnant women infected with the virus were significantly more likely to be hospitalized, admitted to an intensive care unit and receive mechanical ventilation than nonpregnant women.Pregnant women were not however found to be at higher risk of death.“Although additional data are needed to further understand these observed elevated risks, pregnant women should be made aware of their potential risk for severe illness from COVID-19,” the report said.