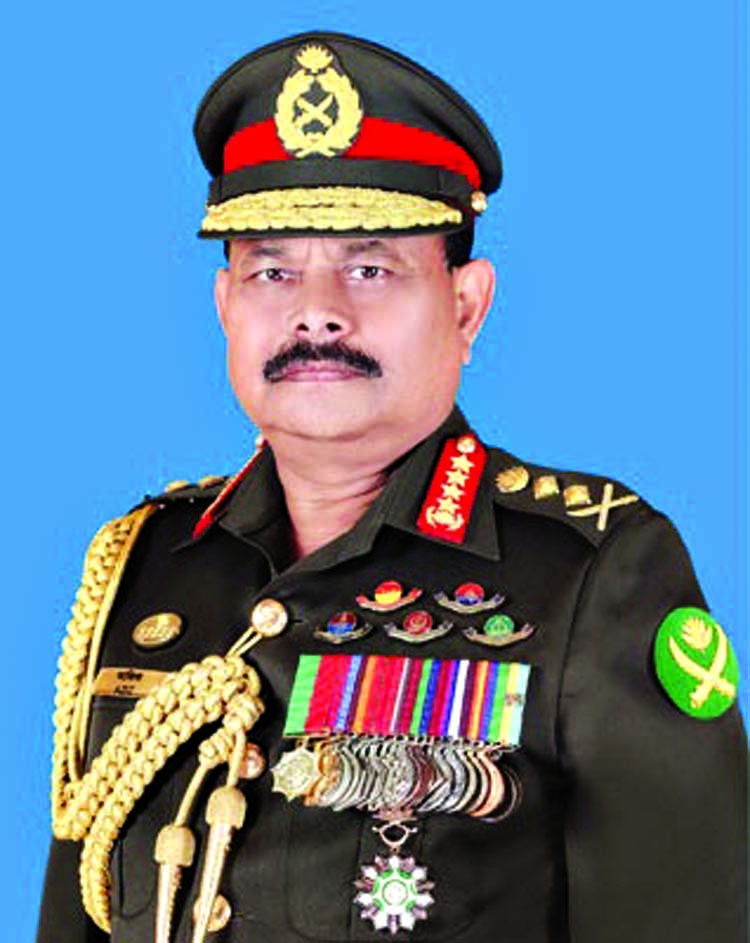 A group of conspirators are trying to mislead the people about the Bangladesh Army amid the coronavirus pandemic, its chief General Aziz Ahmed has said.
He alerted the members of the force to the conspiracies in his speech during a virtual meeting on Thursday, the Inter Services Public Relations Directorate or ISPR said.The chief of army staff directed them to tackle the outbreak and the post-cyclone Amphan situation, reports bdnews24.com.
He said a quarter with vested interests always tries to undermine the achievements whenever something good happens under Prime Minister Sheikh Hasina's leadership. And the quarter is out to spread confusion about the Army when the force has joined in the fight against COVID-19 on orders from Hasina, he added.
Gen Aziz advised the members of his force to maintain chain of command and stay alert to such propaganda and rumours. He praised them for their efforts to tackle the coronavirus crisis and described the steps taken for their welfare.