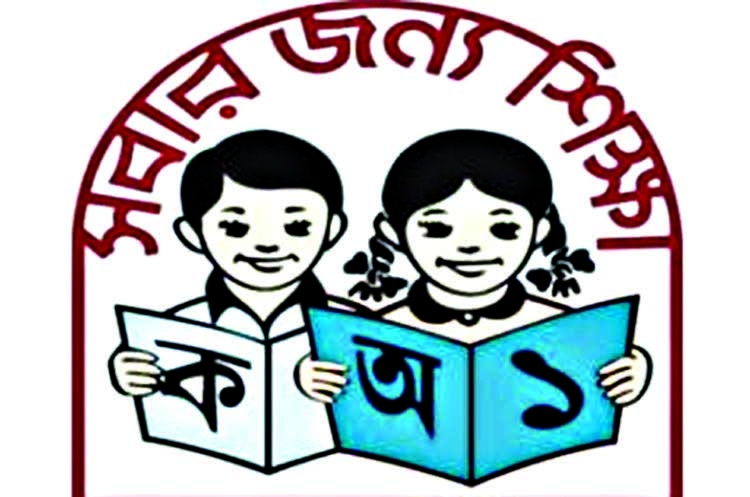 The government has adopted a special plan to maintain the continuity of primary education in the country during the period of Corona pandemic.All educational institutions across the country were declared closed from March 17 to prevent the spread of corona infection. During this time, online education activities were launched at the directive of the Ministry of Education to maintain the continuity of primary education.
State Minister for Primary and Mass Education Md. Zakir Hossain told media that the government has launched online primary education activities for about 20 million primary school students through television, radio and mobile apps. He hoped that the online teaching activities will be 100% successful with the cooperation of all, reports BSS.
He said teachers have been trained to make the teaching method successful. The 'Hello Teacher' program for students has generated quite a good response. New steps are being taken to make online learning activities more successful, including taking exams, he said.
When asked if the government has any plan to conduct online exams, he said educational institutions have been declared closed till August 6. Private primary schools are taking both classes and exams online, he said.Tests or assessments have been kept suspended up to the third grade.
The government will take steps in this regard reviewing the situation after the August 6.Prime Minister Sheikh Hasina nationalized 26,193 private primary schools in 2013 to build an illiteracy free Bangladesh with special emphasis on education.
The jobs of about 1 lakh 5 thousand teachers-employees were nationalized. At present the literacy rate in the country is 83.59 percent. In 2019, 18 thousand 147 persons were recruited and trained as primary school teachers.
The stipend for 14 million children is being sent to their mother mobile phones. So that children become interested in primary education.The Bureau of Non-Formal Education is implementing a special program for one million children between the ages of 4 and 14 who have dropped out of schools through 3,332 training centers.
One lakh children have already received this education. Besides, nine lakh more children have been brought under this program, according to the Ministry of Primary and Mass Education.
About 31,850 children are being imparted education in 205 primary schools under the Child Welfare Trust. There is plan to impart literacy knowledge to 45 lakh men and women through 75 thousand education centers in 250 upazilas of 64 districts of the country.
On the occasion of the birth centenary of Father of the Nation Bangabandhu Sheikh Mujibur Rahman, a target has been set to provide literacy to 21 lakh men and women in 116 upazilas.
According to the Ministry of Education, the government has provided Tk 328 crore 14 lakh 1 thousand 900 to 19 lakh 92 thousand 780 students of about 27 thousand educational institutions in 492 upazilas in G2P method (the stipend money from Bangladesh Bank will reach directly to the designated mobile account of each student).
The stipend will reach the students' mobile numbers by this June. At this time, all the arrangements have been made to pay Tk 17 crore 32 lac 76 thousand and 385 under G2P method to the 83 thousand 964 students who qualified for stipends after passing PEC and JSC examinations held in 2019.Scholarships worth Tk 187 crore are given to one lakh 87 thousand 384 students in different categories every financial year.
The money allocated to other scholarship recipients is being sent online in phases. This online scholarship has been dedicated to Father of the Nation Bangabandhu Sheikh Mujibur Rahman in the Mujib Year.The government is internationally committed to ensuring universal primary education in the country. That is why the government is allocating more fund in this regard.
In the field of primary education, it is necessary to increase more facilities, the enrollment rate of students, create opportunities for enrollment in the schools for dropouts, improve the quality of education and strengthen the overall management.