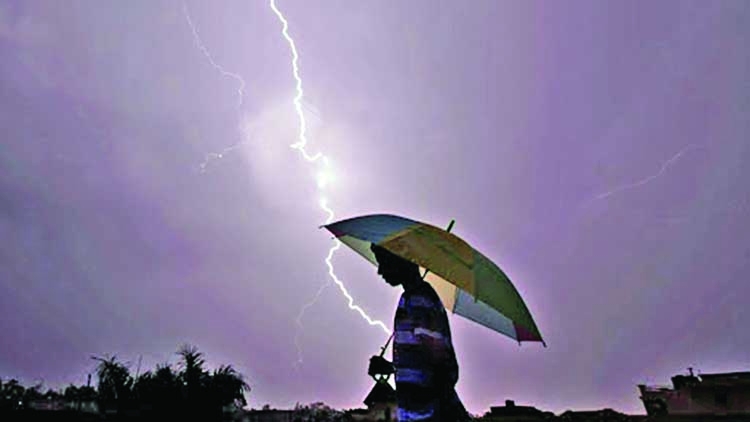 Lightning strikes killed more than 100 people in India's eastern Bihar state and in the northern state of Uttar Pradesh, their chief ministers' offices said on Thursday.
Eighty-three people were killed in Bihar, and at least 22 people died in Uttar Pradesh, the most populous state. Twelve people were also injured in lightning strikes in Uttar Pradesh, the chief minister's office there said. In Bihar, a government spokesman said so far there was no information on the number of injuries.
The two states announced compensation of 400,000 rupees ($5,300) for the next of kin of each of the dead.Lightning and thunderstorms are common as the rainy season kicks off in India with the seasonal monsoon covering most of the country's northern region.
But a change in meteorological patterns that has seen longer gaps of dry weather between bouts of torrential rain has led to more lightning strikes, the Climate Resilient Observing Systems Promotion Council said in a report last year. Bihar reported 225,508 instances of lightning strikes and Uttar Pradesh 322,886 strikes, with 394 people killed, between April 1 and July 31, 2019, it said.
---Reuters, New Delhi