Sweden lashes out at WHO over coronavirus listing 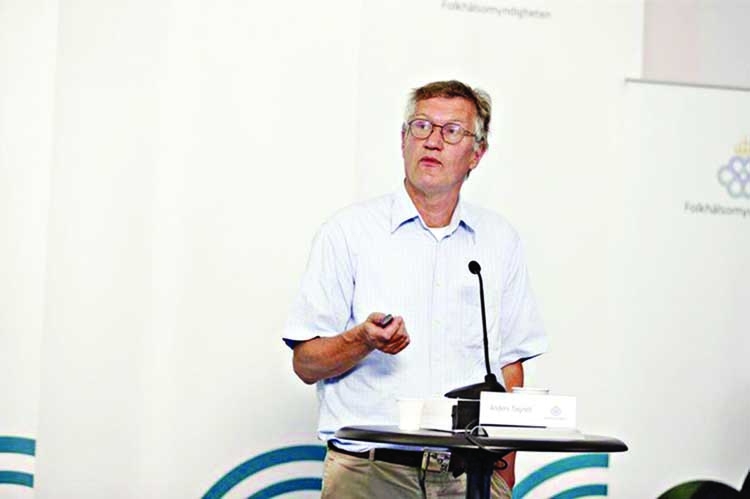 State epidemiologist Anders Tegnell of the Swedish Public Health Agency. -AFP
Sweden accused the World Health Organization (WHO) on Friday of a "total misinterpretation" of its data, as the UN body listed it among 11 countries facing a resurgence of coronavirus cases.
The WHO had made a "total mistake", said Swedish state epidemiologist Anders Tegnell, whose country has made headlines for its high death toll after it opted not to introduce strict lockdowns.
"We have an increase in cases because we have begun testing much more in Sweden the past week," he said, adding that "all the other parameters" showed the number of serious cases was falling.
The WHO's European branch on Thursday said Sweden was among 11 countries seeing an "accelerated transmission" that "if left unchecked will push health systems to the brink once again".
The other 10 countries on the list are mostly poorer nations in Eastern Europe and Central Asia, which is included in the WHO's European region. Some 5,230 have died in Sweden, the world's fifth highest death rate - many times higher than its Nordic neighbors, which all imposed much stricter measures to combat the pandemic. "
The number of admissions to intensive care is at a very low level and even deaths are starting to go down," Dr Tegnell said. "We are now down to a level where there are not more people dying now than during the same weeks in previous years."
According to Sweden's Public Health Agency, around 10 coronavirus patients a day are being admitted to intensive care units, compared with 45-50 a day in April.In the past month, Sweden has more than doubled its Covid-19 testing and only began offering mass testing to the public last week, a delay which has been highly criticized.
---AFP, Stockholm