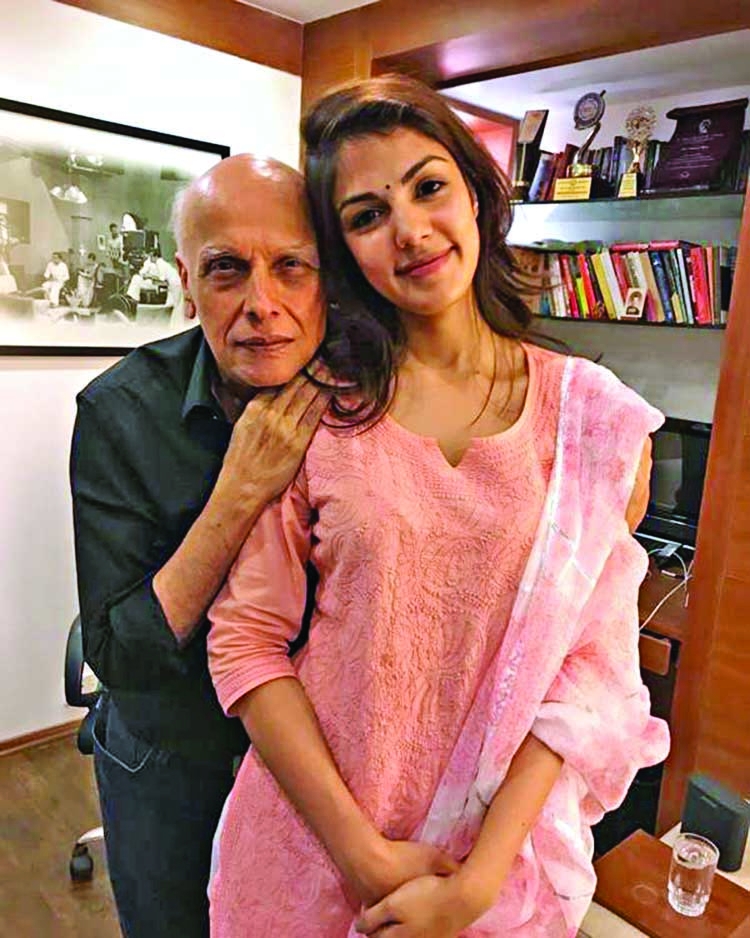 Many days have passed since the death of Sushant Singh Rajput. The whole of India is still furious. It has affected director Mahesh Bhatt's Facebook. Mahesh Bhatt's close picture with Sushant's girlfriend RiyaChakraborty has come to light.
Then Mahesh became the target of Sushant fans. Uploading a profile picture on the Facebook page just started a storm of obscenities. And most of the comments were in the Bengali language.
Mahesh Bhatt sees Sushant before he realizes that he has schizophrenia, so he advises Sushant's girlfriend Riya to leave Sushant. The veteran director is also the victim of various negative comments about Mahesh and Riya's intimate pictures.
But why did Mahesh Bhatt become such a villain suddenly? He was the one who showed the new way by creating progressive content in Indian cinema. In fact, after the suicide of Sushant Singh Rajput, there was uproar in the country about nepotism and favoritism in Bollywood.
There is a daily outcry against the Bollywood bigwigs. In the front row are the names of Karan Johar, Salman Khan, Aditya Chopra, EkataKapoorand Alia Bhatt. This team includes two siblings Mahesh Bhatt and Mukesh Bhatt.