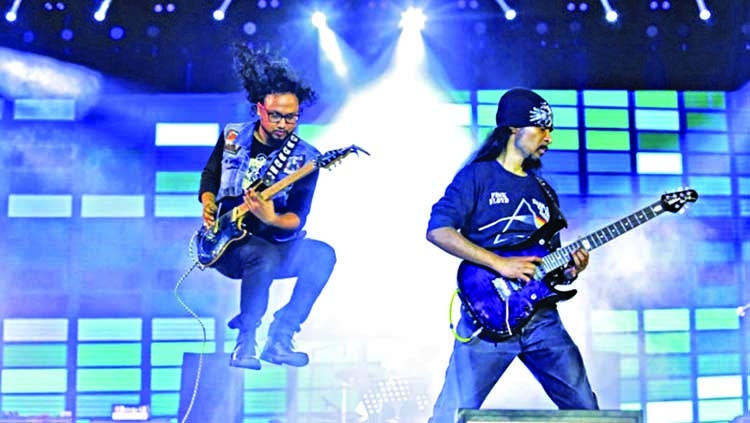 Warfaze is a Bangladeshi hard rock band. The band members include Sheikh MonirulAlamTipu on drums and percussion, Ibrahim Ahmed Kamal and Samir Hafizon on the lead, Shams MansoorGhani on backing vocals and keyboard, NaimHaque Roger on the bass and Palash Noor as the frontman. The band has gone through various lineup changes since its founding in 1984.
They have released eight albums, including seven studio albums and one compilation album. In addition, they have released several singles in mixed albums. Warfaze has also released three songs in a Lalon tribute album called 'Somorpon'.