Pakistan seeks relief from China over Belt and Road 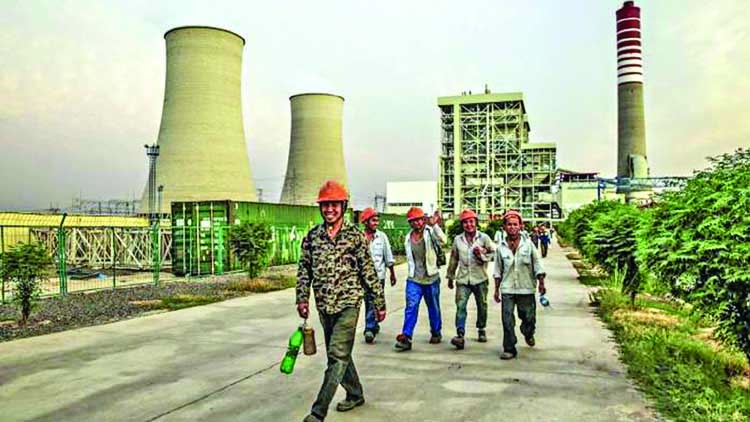 A Pakistan report alleges that set-up costs for two power plants were inflated by millions of dollars. -Bloomberg
Pakistan is trying to renegotiate Belt and Road repayments after it alleged that Chinese companies had inflated power project costs by billions of dollars.
The renegotiation talks began after Islamabad released a report by a committee convened by the prime minister that accused Chinese and local power companies of "malpractices" and exaggerating costs. The financial stress caused by the coronavirus pandemic has lent the negotiations greater urgency, reports Financial Times.
The report said coal plants Huaneng Shandong Ruyi (Pakistan) Energy and Port Qasim Electric Power Company were overcharging by about $3bn over the 30-year project lifetime through inflated set-up costs and interest payments. Set-up costs alone for the two plants were inflated by more than Rs32bn ($204m) over "misrepresentation" of interest payments.
Under pressure from Beijing, Islamabad has deferred a probe into the alleged corruption while it tries to win more favourable terms through back channel negotiations. According to people familiar with the talks, the Pakistan government is not asking to renegotiate power tariffs for now, but instead wants to delay repayments for up to 10 years.
"Given the economic circumstances we are trying to seek relief wherever possible. That's why we want to first deal with all independent power producers informally and see how far we progress, before we formalise this process," a Pakistani cabinet minister, who wished to remain anonymous, told the Financial Times.Imran Khan inherited a balance of payments crisis when he came into power in 2018. After months of delay, Islamabad finally asked the IMF for a three-year $6bn bailout.
The programme has been paused as the country tries to revive its economy and eases lockdown restrictions even as coronavirus infections soar.A director at Heng cheng xin Group, a Beijing-based engineering consultancy that helped set the price for the Huaneng coal power plant, said the cost was "a reasonable figure".
"It is possible that the project may carry a new price tag if we re-evaluate it with the latest condition. But that doesn't mean our previous estimate was wrong," said the director, who asked to remain anonymous over fear of reprisal. "Pakistan needs to provide concrete evidence to prove the project is overcharged."
An official at Agricultural Bank of China Shandong Branch, which lent $350m to the Huaneng project, said "all options", including debt extension and relief, were "on the table" as Pakistan was under financial pressure. "
We need to recoup as much money as possible," said the official, who also wished to remain anonymous.Huaneng declined to comment. PowerChina, which holds a 51 per cent stake in Port Qasim Electric Power Company, also declined to comment.
Alice Wells, a former US diplomat, has been a frequent critic of the $62bn China Pakistan Economic Corridor, citing a lack of transparency and "unfair rates of profit that are guaranteed to Chinese parastatal organizations".At a briefing last month, Ms Wells called on China to "take steps to alleviate the burden that this predatory and unsustainable and unfair lending is going to cause Pakistan".
Corruption in the power sector is a perennial allegation in Pakistan because of a government energy policy that essentially guarantees profits, said Kamal Munir, a Cambridge university professor who has advised Islamabad on industrial policy.
"We've established a rent seeking racket, there is no competition in the sector, the returns are guaranteed and CPEC projects are the same," said Prof Munir. "Time and time again Pakistan has managed to lock itself into these deals that hollow out the economy."
Husain Haqqani, former Pakistan ambassador to the US and now a senior fellow at the Hudson Institute, said the report highlighted the problems associated with some BRI projects.
Haqqani said the two CPEC power projects made exorbitant profits and criticised their high set-up costs and questionable interest deductions."It does hurt China's credibility and further exposes BRI's exploitation of poorer countries," he said.
The talks to delay payments are separate from negotiations that Mr Khan's government is holding with China over relief on interest payments on public and commercial debt worth more than $10bn. This month, Beijing announced it had suspended debt repayments to 77 developing countries reeling from the coronavirus impact without giving further details.