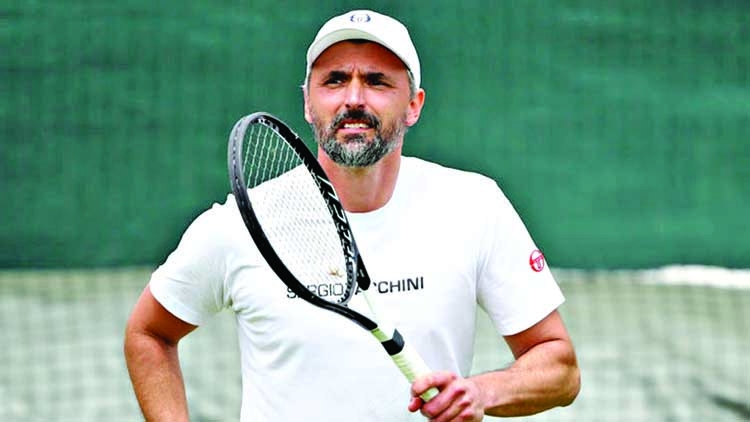 Goran Ivanisevic
Former Wimbledon champion Goran Ivanisevic is the latest to announce he has tested positive for COVID-19 following the ill-fated Adria Tour organised by Novak Djokovic.Ivanisevic, who is part of Djokovic's coaching set-up, said on Instagram that after two negative tests he had now tested positive. "
I feel good and don't have any symptoms," Croatian Ivanisevic, who won Wimbledon as a wildcard in 2001 when he beat Pat Rafter, said. "I would like to inform everyone who has been in contact with me that I tested positive and ask them to take extra good care of themselves and their loved ones. "
I will continue to self-isolate as I have been doing." World number one Djokovic has been criticised after he, Grigor Dimitrov of Bulgaria, Croatia's Borna Coric and Viktor Troicki of Serbia tested positive after playing in the exhibition tournament in the Balkan region.
Djokovic's wife Jelena also tested positive, as did his fitness coach Marco Panichi and Dimitrov's coach Christian Groh. The tournament witnessed packed stands during the opening leg in Belgrade, players hugging at the net, playing basketball, posing for pictures and attending press conferences together.
---Reuters, London