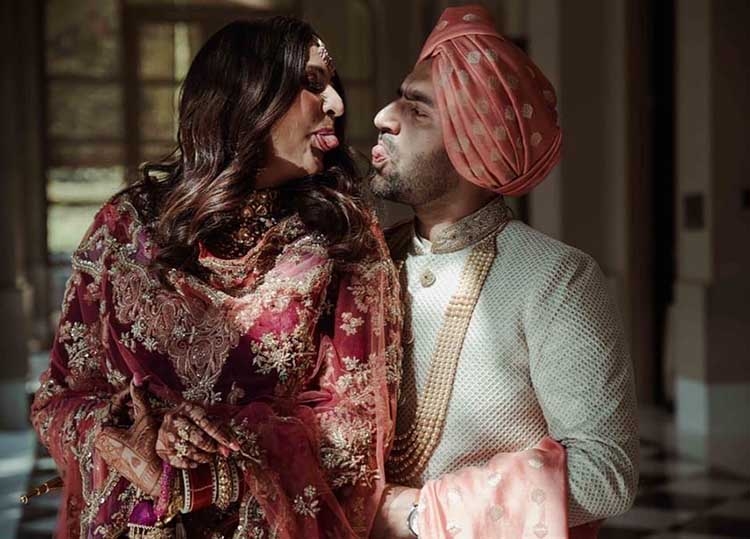 "Last year, I was one month out of a 10-year long toxic relationship when my friends at work convinced me to get on a dating app. I was reluctant, but they managed to convince me. In a few days, I received a message from this guy asking me if I'd date someone shorter. Guys were usually intimidated by my height but I liked his confidence, and he was so handsome! So we started talking.
After a week of texting and video calling, we finally met at a restaurant. It didn't feel like a first date-it was like slipping into a comfort zone. Funnily enough, we even spoke about our future and it wasn't odd at all! After our third date, I knew he was the one. There was no specific reason, it was just a gut feeling when he was around.
He met my parents just a month into our relationship, and even they loved him! I met his parents soon after. Things went better than we'd expected! In fact, they were so understanding about us wanting to live by ourselves.
We were both financially independent and they understood that we wanted to build our life together brick by brick.So, a few months later, we decided to get married. We didn't have a proposal, it was just obvious that that was the next step!
We were due to get married a year later, but we decided we couldn't wait, so we got married just 3 months after the engagement.
Luckily, our wedding was in February, just before lockdown!We're 2 months married now. Life's been quite busy- we're working 24x7. We only get free by 9 PM, and after that we watch Netflix till we doze off. Otherwise it's the standard routine of me cooking and him doing the jhaadu-poccha.
Weekends are freer-we make pancakes and play Uno and Scrabble together, and somehow he always wins! Our arguments are limited to board games- I call him a cheater and he says I'm a sore loser.
The other day, we were in bed and we'd forgotten to get water. I was too lazy to move, so I looked at him with puppy eyes, and he gave me a death stare...but got it anyway! Fingers crossed, the puppy eyes work the next time I have to get him to do some other work!"
Humans of Bombay, Fb