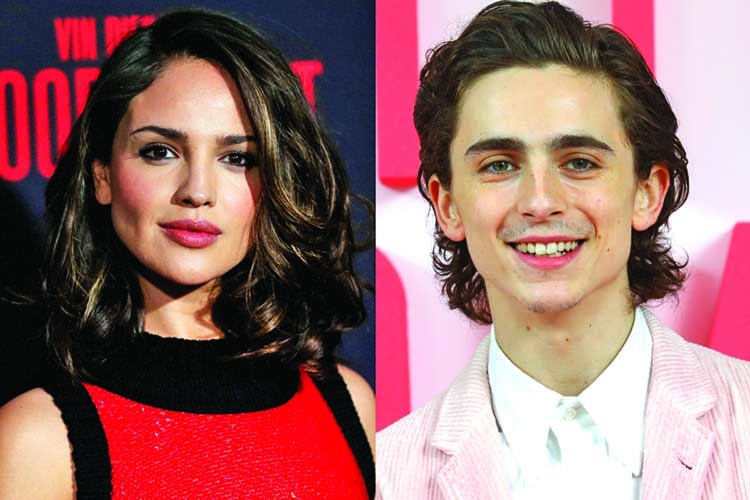 American actor TimotheeChalamet seems to be bouncing back from his breakup with actor Lily Rose-Depp. According to Page Six, the 24-year-old 'Call Me By Your Name' star is living it up in Cabo San Lucas with a new lady friend, Mexican actor Eiza Gonzalez, where he was snapped mid-PDA with the star. In photographs obtained by TMZ, the 'Beautiful Boy' star Chalamet could be seen kissing Gonzalez as they lounge poolside;
he also apparently picked up a guitar and began to serenade his new beau at one point Maybe just practicing, though, Chalamet would be playing Bob Dylan in a forthcoming film focusing on Dylan's epochal shift from acoustic-guitar-wielding folkie to an excessively amplified electric rocker.
Chalamet and Gonzalez are in Cabo with friends, and hence they are not at the 'vacationing alone' part of new couple-dom yet. Gonzalez is a well-known actress and singer in her home country, though she has been making inroads to America with roles in blockbusters like 'Baby Driver' and 'Alita: Battle Angel.'