Marvel had been foreshadowing Thor's injury for years 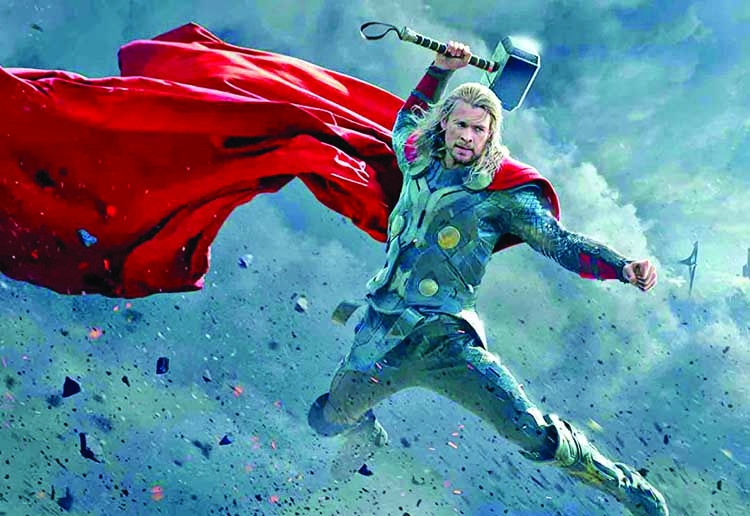 A Marvel fan account on Instagram has noticed a recurring motif involving the God of Thunder, Thor. Over the course of several films, the character has suffered injuries to his eye, building towards him finally losing one eye altogether.
A collage of images was shared by the account recently, with the caption, "All leading to this." The images show 'Thor' having sustained an injury to his right eye across several MCU films, such as the first and second Thor adventures.
One image even shows a strike across a painting of 'Thor', again on his right eye. "As it was foretold or in this case foreshadowed," one fan wrote in the comments. "Whaaa," wrote another. In 'Thor: Ragnarok', the character ends up losing his eye, but it is replaced in 'Avengers: Infinity War'.
In a recent interview with Collider, Thor director Kenneth Branagh recalled the importance of casting Chris Hemsworth and Tom Hiddleston in the first film. "I'll never forget the moment that we cast those two boys," he said. "
It was like a sort of meditation or a sort of incantation… Kevin Feige must've walked around this long oval table a hundred times on that Saturday morning as I kept sort of saying, 'I think we should call them.' 'Are you sure?' 'Yeah, I think we should call them.'… and I knew how profoundly serious that decision was.
Kevin said, 'We'll never make a more important decision in this company than what's happening in this room, Saturday morning at 10:30, when you pick up the phone to Chris Hemsworth and then Tom Hiddleston. It's either going to work or it's not. Good luck.'"
The character will return in the upcoming 'Thor: Love and Thunder', to be directed by TaikaWaititi. The film will also feature Natalie Portman and Tessa Thompson.