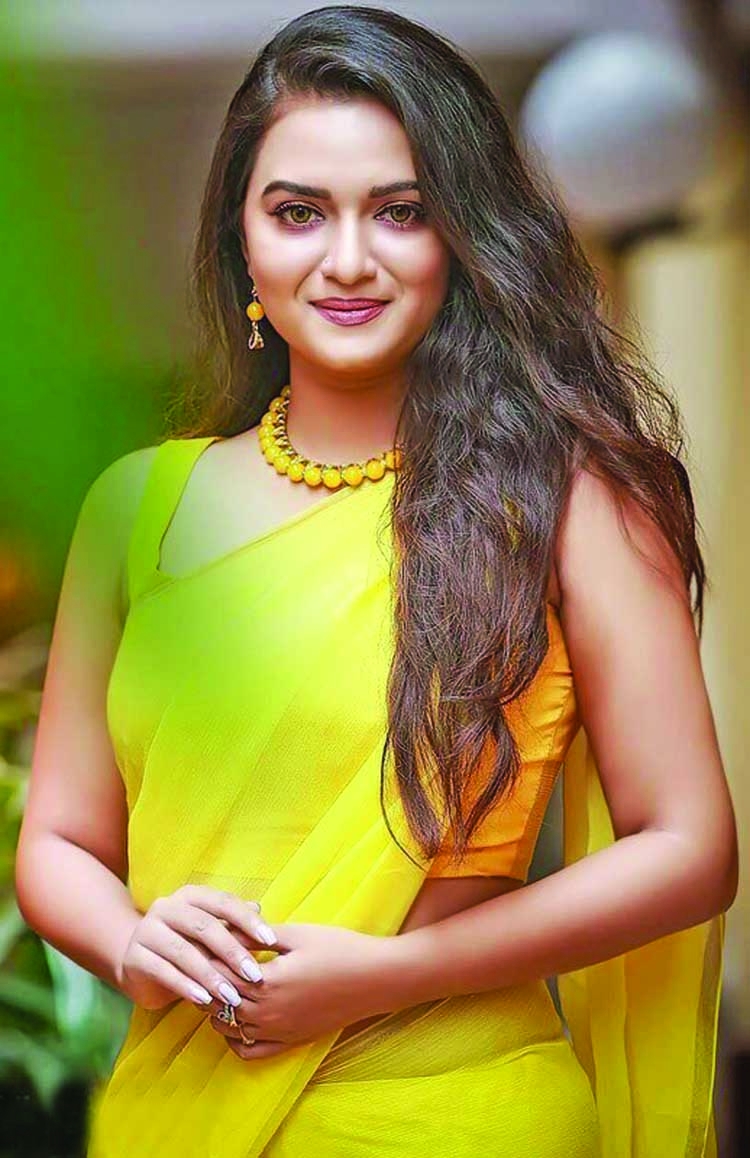 Popular face of the small screen Nazira Mou has been acting for many days. For the first time, she acted in the title role in Eid special serial titled 'Sundori Baidani'. Directed by Faridul Hasan, Jakir Hossain Ujjal wrote story of the serial.
According to director FaridulHasan, to telecast on Boishakhi TV on the occasion of coming Eid-ul-Azha, post production work of the serial is going on now after its making.
Besides Nazira Mou, Mahmudul Islam Mithu, Milon Bhattacharya, AKhM Hasan, among others, also acted in other roles in the serial.Tanjina Ruma lent her vocal for title song of the serial which lyrics were written by Shoaib Chowdhury. Rakib Ahmed composed music of the song while RanaAkond has arranged its music.
While talking about acting in the serial Nazira Mou said, "In corona pandemic, I only worked in the Eid serial Sundori Baidani. Shooting of the serial was done in beautiful locations.
I am very much satisfied with story and my role in the serial. For the first time I acted in the title role in any serial. Earlier, I worked under Faridul Hasan Bhai's direction. He works in organized way. I am very much optimistic about the serial. I believe viewers will enjoy it in Eid."
Meanwhile, Nazira Mou-starrer her first film titled 'Nondini' was scheduled to complete in Haor area of Sunamganj in February-March. Due to coronavirus situation shooting of the film remains stalled.
Shoaibur Rahman is giving direction of the film. Kolkata's hero Indraneil Sengupta is acting against Mou in this film. "When the situation will be favorable I will take part in shooting of film Nondini," Mou also said.