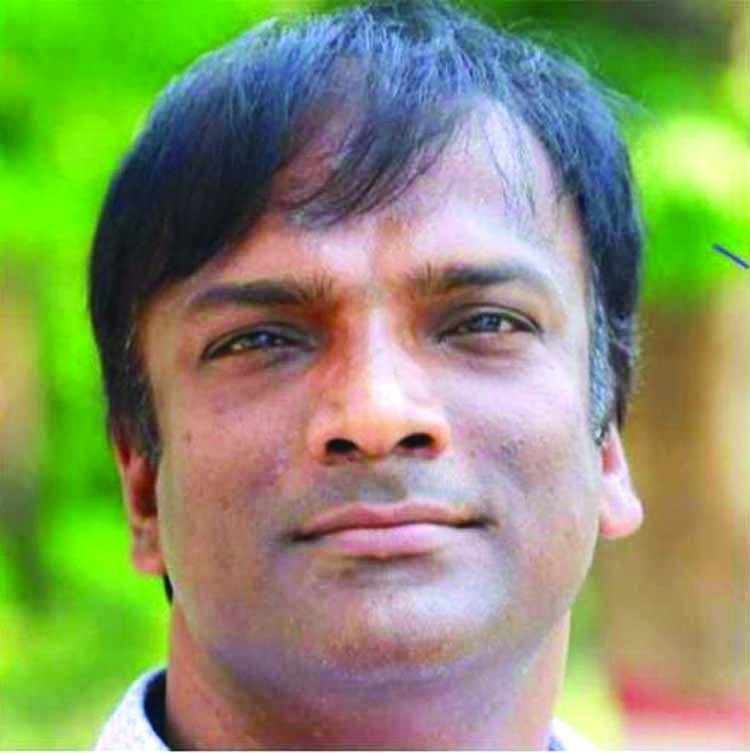 Rajshahi University has suspended Assistant Professor Kazi Jahidur Rahman following his arrest in the Digital Security Act over a defamatory Facebook post on the late Health Minister Mohammed Nasim. The decision was taken at a syndicate meeting of the university on Saturday, said acting registrar MA Bari, reports bdnews24.com.
"According to the university rules, if any teacher or employee is arrested over criminal charges, he or she can be temporarily dismissed. The suspension will be effective from the day of his arrest -- Jun 18," Bari said. The syndicate meeting was chaired by Vice-Chancellor Prof Abdus Sobhan.
Jahidur, a teacher of computer science and engineering at Rajshahi University, is currently behind bars. On Jun 17, lawyer Taposh Saha, a resident of Rajshahi's Sagarpara, filed the case with Matihaar Police Station under the Digital Security Act.He was arrested on the night of Jun 17 from the university teachers' quarters on charges of spreading defamatory words about Nasim.
Jahidur was the information and research editor of the recently dissolved Awami League Committee of Narail district. He was dismissed from this position on Jun 16 following his post on Facebook.Nasim passed away on Jun 13 in hospital care in Dhaka. Jahidur wrote about Nasim on Facebook on Jun 1 and 2 after Nasim fell ill.
On Jun 15, the Bangladesh Chhatra League had demanded actions against Jahidur and he was arrested a day later.
In a similar fashion, Sirajum Munira, a lecturer at Begum Rokeya University, was suspended and arrested over her comments on Facebook about Nasim.=According to journalists and rights activists, the Digital Security Act, enacted in 2018, effectively stifles freedom of speech and the media.