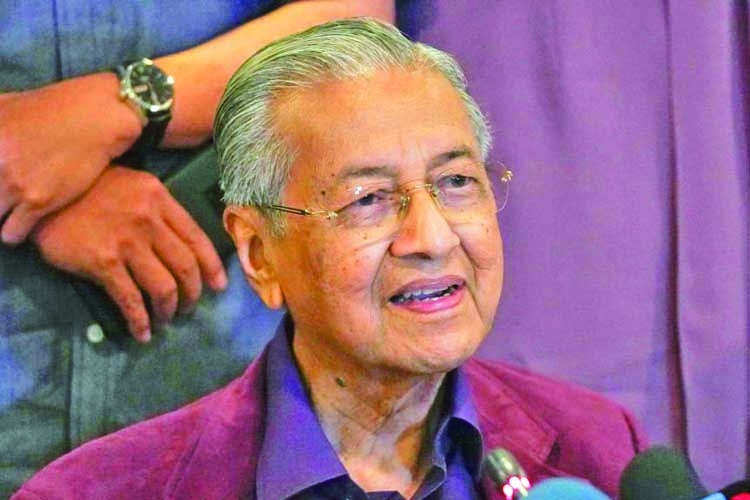 Malaysia's former prime minister Mahathir Mohamad, who was seeking a return to the premier's seat for a third time, has now thrown his support behind Parti Warisan Sabah leader Shafie Apdal as the opposition's Prime Minister-designate in the event of snap polls.
This decision comes after a week-long impasse within the loose coalition of opposition parties that saw them split between supporting Dr Mahathir or his former deputy Anwar Ibrahim as the PM candidate. Dr Mahathir declared he was backing Shafie, the current Chief Minister of the Borneo state of Sabah, in a statement issued on Saturday, reports The Strait Times.
Dr Mahathir claimed that the decision to back Shafie was made collectively by Warisan, Democratic Action Party (DAP) and Parti Amanah Negara leaders during an informal meeting on Thursday, minus the agreement of Datuk Seri Anwar's Parti Keadilan Rakyat (PKR).
"We agreed unanimously to nominate Shafie Apdal as the prime minister candidate," Dr Mahathir said, adding that he was open to taking himself out of running for a prime ministerial nomination.
Dr Mahathir said the leaders at the meeting proposed that Anwar serve as one of two deputy prime ministers under Shafie, with Dr Mahathir's son Mukhriz Mahathir serving as the second deputy prime minister."I hope this can be accepted by the people as proof that those in the opposition are not after power or money," he said.