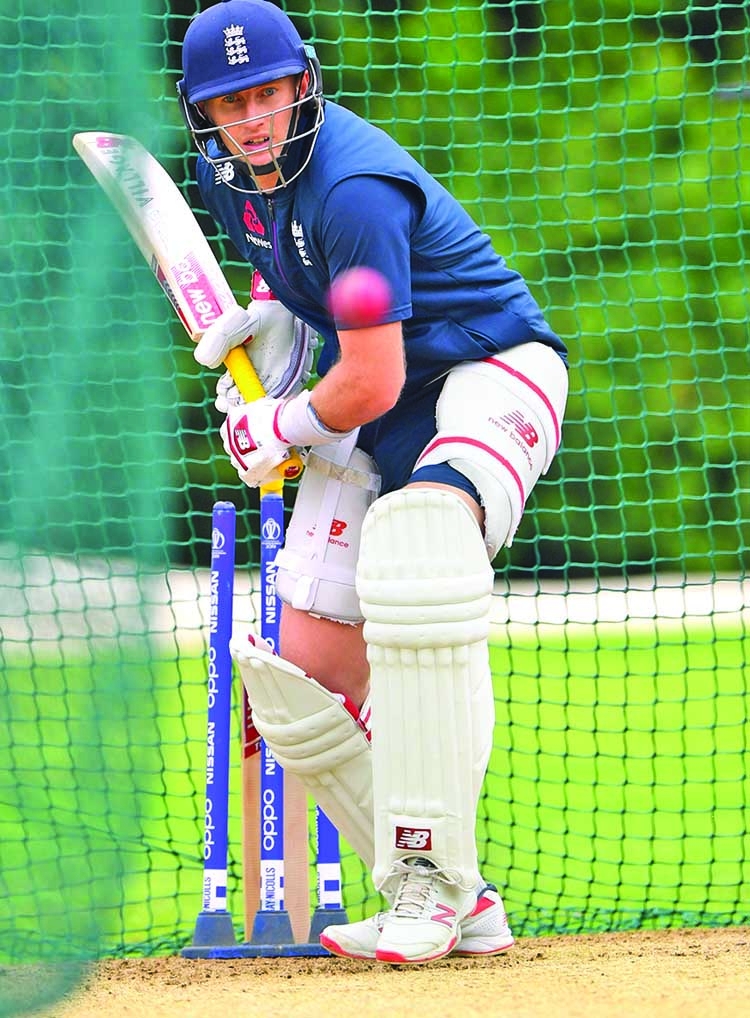 England captain Joe Root captured during practice session. -Getty
England batsmen must prepare well if they are to get the better of a "formidable" West Indies bowling attack in the three-test series next month, captain Joe Root has said.West Indies will be banking heavily on their pace attack in England to defend the Wisden Trophy which they won after triumphing 2-1 on home soil in the 2019 series.
Root said England could not afford to lower their guard against an attack which featured three bowlers - Jason Holder, Kemar Roach and Shannon Gabriel - who are among the top 20 in official test rankings. "
We are very aware of the skill West Indies have and what they will bring to this series," Root told BBC Sport."One thing that stood out was how formidable their bowling attack can be. It is really important we prepare well and we are ready for all of that."
Holder is also the top ranked test all-rounder, followed by England's Ben Stokes, and West Indies head coach Phil Simmons has predicted their rivalry would light up the series. "Jase is one of the most well-respected guys in international cricket," Root said.
"He took the job at a young age and we are starting to see him at the peak of his career. "He comes across as a very good bloke. I am looking forward to chatting to him from a social distance."
Root has said he would miss the series opener in Southampton from July 8 should it clash with the birth of his second child with vice-captain Stokes taking the reins in his absence. Manchester hosts the last two tests of the series which will be played behind closed doors in a bio-secure environment.
---Reuters, London