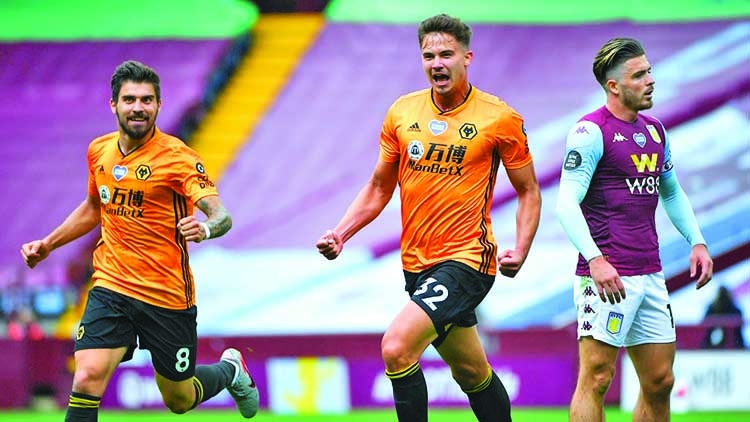 Leander Dendoncker of Wolverhampton Wanderers celebrates after scoring the winning goal against Aston Villa on Saturday. -Getty
Wolverhampton Wand-erers boosted their Champions League qualification hopes with a 1-0 West Midlands derby win at Aston Villa on Saturday as Leander Dendoncker grabbed a 62nd minute winner. The victory lifts Wolves above Manchester United into fifth place, two points behind fourth-placed Chelsea, although they have played a game more than both teams.
The loss is another blow for Villa in their battle against relegation and leaves them second from bottom on 27 points. The decisive moment came when Raul Jimenez swung a ball in from the left flank and Jonny did well to set up Dendoncker to curl the ball home.FA Cup quarter-finals mean the match was the only Premier League fixture on Saturday. Watford host Southampton on Sunday.
---Reuters