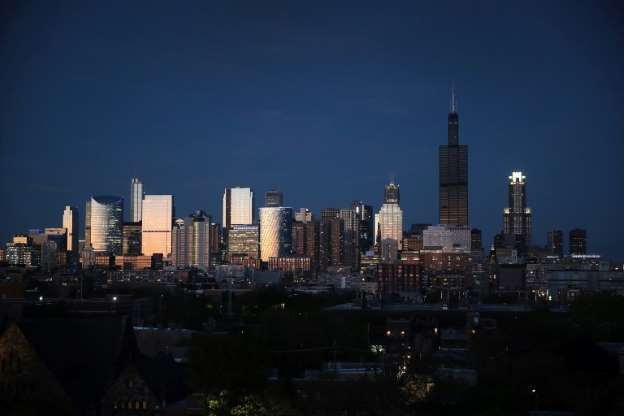 A one-year-old boy was killed and his mother wounded in a Chicago drive-by shooting that has stunned authorities accustomed to rampant gun violence in America’s third-largest city.
The 22-year-old mother was driving home on Saturday afternoon when the attacker pulled up next to her car and fired around eight shots, striking the infant in the chest and grazing her head, police said.
“This is happening far too often,” Chicago police operations chief Fred Waller told reporters near where the shooting took place in the city’s south. “When is this going to stop? When are we gonna say enough is enough?”
The incident came a week after the shooting death of three-year-old Mekhi James, who died in similar circumstances while traveling in a car with his father on the city’s west side.
“We’ll catch the person that killed that three-year-old. We’ll catch the person who killed this kid,” Waller said.
Chicago mayor Lori Lightfoot and police superintendent David Brown asked the city’s residents to speak up if they had information on Saturday’s attack.
“We ALL need to be outraged by the violence we are seeing in our city. This baby, and all of our residents, deserve better,” Brown said.
No arrests have been made and police are continuing to investigate both cases.