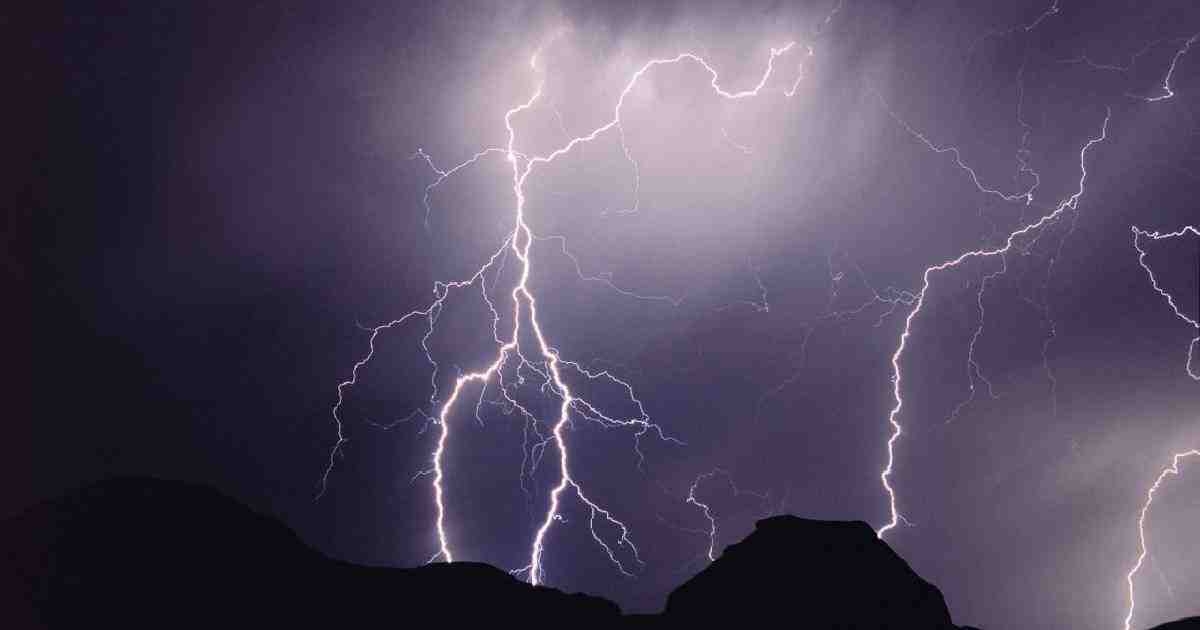 The International Lightning Awareness Day is being observed across the world on Sunday.
Lightning claims many lives in every year throughout the world.
The World Meteorological Organization (WMO) recorded two new world records for the longest reported distance and the longest reported duration for a single lightning flash in, respectively, Brazil and Argentina.
The new records for “megaflashes”, verified with new satellite lightning imagery technology, more than double the previous values measured in the United States of America and France.
The world’s greatest extent for a single lightning flash covered a horizontal distance of 709 km (440.6 miles) across parts of southern Brazil on October 31, 2018.  This is equivalent to the distance between Boston and Washington DC in the United States or between London and the border of Switzerland near Basel.
The greatest duration for a single lightning flash is 16.73 seconds over northern Argentina on March 4, 2019.
Meanwhile, Bangladesh government declared lightning strike as disaster in 2015 following surge of deaths in strikes.
In 2019, at least 246 people were killed and 97 others injured in separate incidents of lightning strikes across the country in the last seven months since February, according to a survey conducted by ‘Save the Society and Thunderstorm Awareness Forum’ (SSTAF).
At least 449 people were killed in separate incidents of lightning strikes across the country last year. The information was revealed during a round-table discussion organized by Institution of Diploma Engineers, Bangladesh (IDEB).
According to the research of IDEB, 274 people were killed in 2015, 387 were killed in 2016, 372 were killed in 2017 while 449 people lost their lives in 2018. Most of them belong to the marginal population.
Meanwhile, the government planted some 3.8 million palm trees across the country to minimise the impacts of lightning strikes and casualties.