Depression: The Unknown Peril of Mind 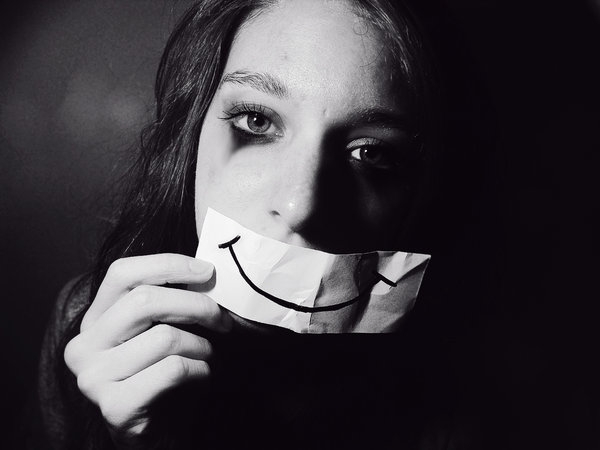 Depression" is it a slow poison that kills us slowly, but surely or is it just an English word that used to describe the mental state of Homo Sapiens. Almost all of us are familiar with the word depression but sad to say the precise meaning of the word is still a mystery. There are many kinds of depression people of which people are falling devour of every day. According to Google, the word depression means "a mental disorder." If we ask the teenagers, then we see that they define the word in their self made way. Some say that depression is the synonymous word of melancholy. Whereas others say that a depressed person is someone, who loses his appetite, gets deprived of sleep, or struggles with decision making. But according to the American psychiatric association, 'Depression is Different from Sadness or Bereavement.


What causes depression? Many things can imply in this respect. For instance, it is discernible that many students fall prey to depression due to different types of thoughts like financial worries, a good job after graduation, etc. Older men, aging above 65, suffer from depression due to the loss of their partner, siblings, retirement, or relocation of residence. Meanwhile, depression in women is inescapable, and they are twice likely to develop clinical depression compared to men. Even we can also be a reason for the depression of others. We should be prudent about the words that come out of our mouth while talking. There is a famous saying, "Be careful of whatever that comes out of your mouth; it may be something too hurtful to leave someone's mind."

We get shocked if a celebrity or someone with much fame and name takes away their own life due to depression. We care, we pray, and we share their demise news as they are some renowned person, but what if someone unknown from our neighbor would die of depression-like them. Would we care? Would we share? And, would we even pray for that departed soul?

Depression should not be treat as a mental state, but rather it should be treated as an illness. One should not take the mental state depression lightly. If taken gently, the outcome might be destructive. There are many kinds of depression. Some of which are very common in our country. Among those, the first one is Anxious distress - depression with unusual restlessness or worry about possible events or loss of control. The second one is Psychotic features - depression accompanied by hallucinations, which may involve personal inadequacy or other negative themes. And, supervene by many unknown types of causes of depression to date. Patients suffering from depression should consult a psychiatrist as soon as possible. If we ever come to know that someone near to us is suffering from depression, then we must try to help them out and keep them away from taking any wrong decision in their life. We should try to be helpful in every possible way and leave no stone unturned to save that precious life from committing any act that may haunt us in the long run.

The writer is Arijit Saha, Department of English, University of Asia Pacific.