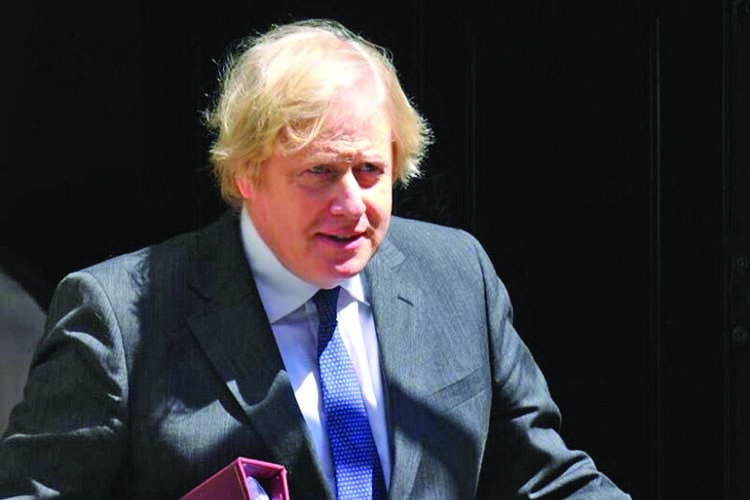 Prime Minister Boris Johnson said the country will "build our way back" from the crisis through "shovel-ready" projects. Phot0: EPA-EFE
British Prime Minister Boris Johnson vowed Britain will spend large sums on hospitals, schools and roads to jump-start the economy as it emerges from the coronavirus lockdown that has plunged the country into what may be the worst recession in three centuries.
In an interview in the Daily Mail, Johnson rejected a return to the austerity policies that followed the 2008 financial crisis and said the country will "build our way back" from the crisis through "shovel-ready" projects, reports Bloomberg.
"The lesson is to act fast and we're going to make sure that we have plans to help people whose old jobs are not there anymore to get the opportunities they need," Johnson said. "We are absolutely not going back to the austerity of 10 years ago."
Johnson is expected to unveil the spending plans in a major speech on Tuesday, while Chancellor Rishi Sunak is leading a new infrastructure task force to identify and speed up projects.The government pledge comes at a critical moment after the UK economy shrank a record 20.4 per cent in April, effectively wiping out almost 18 years of growth in two months.
The crisis has sparked an intense internal debate among Tories who for decades have stood for the free market, fiscal prudence and libertarianism, and are now on course to spend billions of pounds to rescue the economy.
In a separate interview with the Mirror newspaper, Johnson said children must return to school in September, raising the prospect that parents could be fined if they don't comply. The Prime Minister criticised teachers opposed to returning, saying they must "take their responsibilities seriously", according to the paper.